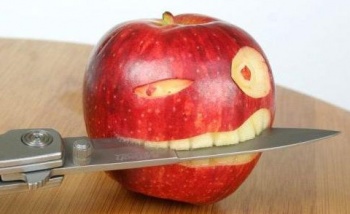 Gaikai founder Dave Perry wants to reassure customers that his company’s cloud-gaming initiative is not a threat to their precious consoles. Steve Jobs however, is a different story.

“I find myself spending a lot of money on iPhone, and if you look at a handheld today, the ones that people keep making, they still make them as a gaming machine. Kids today … don’t want to carry anything that just does one thing. They carry their phone and it does everything. And so if you make single function devices, then you’ve got a problem. That’s my concern for handhelds, is this single function side of it,” he adds.

Like many of you I came into this interview thinking Perry’s points would be hyperbolic insanity, but he makes a good argument here. Admittedly, it hinges on the idea that Apple would dedicate itself to exploiting the gaming industry full time — and given the company’s recent success in every other field of tech, that seems unlikely (… or does it?) — but Perry is absolutely right.

If Apple had a console, no one would be able to compete with their design or manufacturing ethos, and consumers would buy the thing en masse purely based on technofetishism or social cache.

Of course, Perry does have a vested interest in promoting Gaikai’s streaming, cloud-gaming services. If he sees Apple as a potential competitor, even for something as relatively minor as mindshare, it would be a smart business move to publicly decry their tactics.

Take Perry’s words however you want. Honestly, I wish he was still just the guy who made Earthworm Jim. Things were a lot less complicated back then.