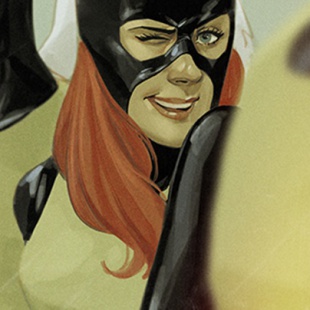 Phil Noto’s old timey covers pretty much nail the look and feel of a time when magazines bestrode the world like a colossus. No, not that Colossus.

Phil Noto is a damned fine artist who has done a lot of great work in comic books. A veteran of Marvel, DC, Dark Horse and Image, his work has tackled a wide variety of series and characters including the likes of Batgirl, Uncanny X-Force and more. As great as his contributions to the industry have been however, his latest project could arguably stand as one of his greatest.

Tasked with creating a series of variant covers for Marvel’s February release lineup, he produced a collection of art pieces coupling Marvel’s heroes with a visual style drawn from the magazines and photos of the 1950s and 60s. Marvel recently released a nice batch of them and so we though it’d be a great opportunity to share some excellent art, along with our brilliant opinions. 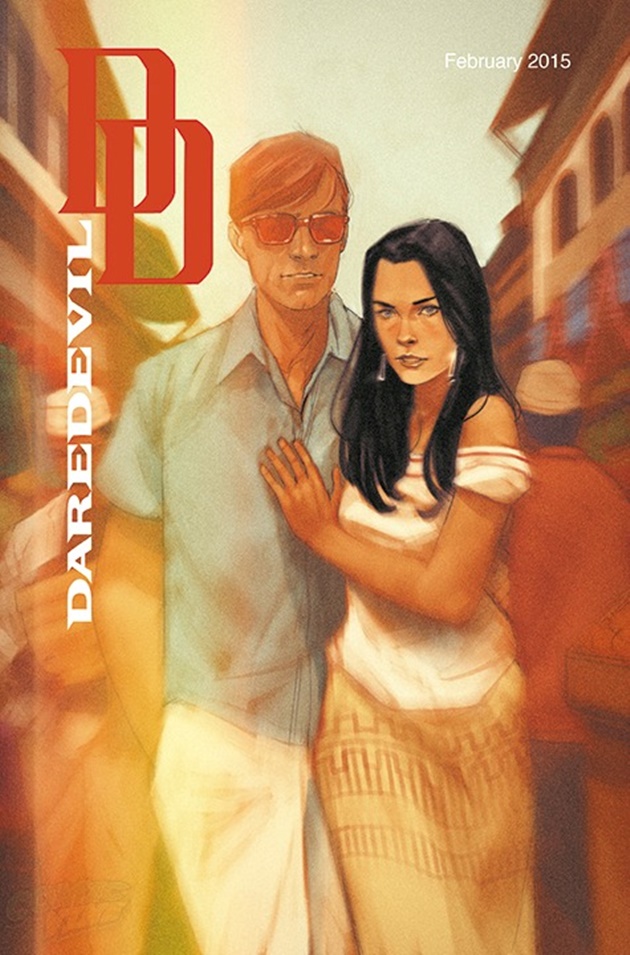 Daredevil
I’ve gone on record several times in the past as saying that Mark Waid’s Daredevil is one the most consistently excellent books that Marvel’s putting out right now. It’s light, fun and, dare I say, even kind of casual. It takes its time. It doesn’t rush. It’s moves forward at a pace that’s deliberate but also natural feeling and even, dare I say, leisurely. Mr. Noto’s Daredevil cover, in turn, just strikes me as a perfect fit for the series. It’s Matt Murdock and (insert) strolling casually down a street. It’s perhaps not the most striking or visually exciting of Noto’s variants, but I’d say it’s a perfect fit for the comic itself. 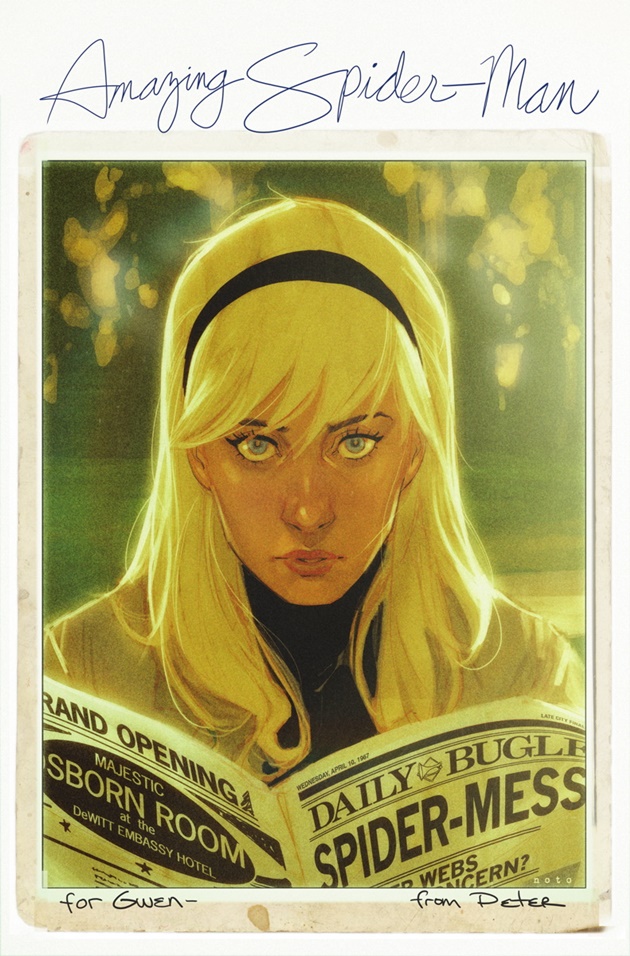 Amazing Spider-Man
What really makes this cover for me is the way it’s framed as a photo. Granted, some might not consider playing off of Peter Parker’s career as a photographer to be the most clever thing anyone’s ever done. That said, there’s just something about it that really works well for me. I love how it looks like Gwen Stacy looks like she literally just looked up from the newspaper. It feels like a truly candid picture, which is something I consider to be impressive considering the heavily posed nature of many superhero comics. 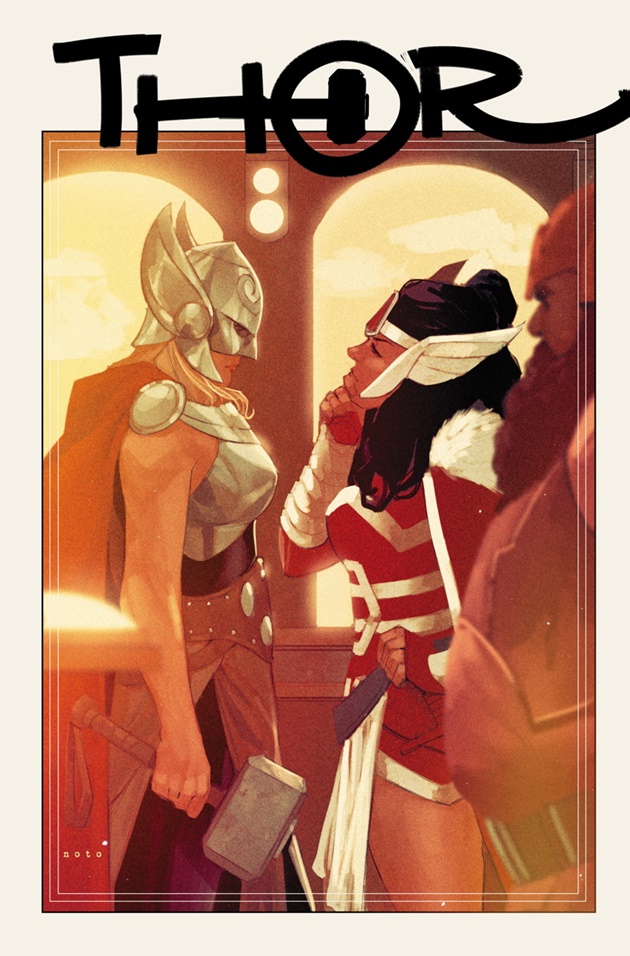 Thor
First things first, I freaking love Noto’s Thor title logo and if Marvel were to adopt it full-time, I’d be a happy man. Beyond that though, I just get a kick out of the expression of Sif’s face in this cover. Without disregarding how awesome it is to have a new and kick-ass female hero joining the Marvel Universe, I think it’d be fair to say that there is an element of novelty to the new lady Thor. That’s what I get from Sif’s face here. It’s likes she’s looking the new Thor over and thinking, “So that’s what it’d look like…” 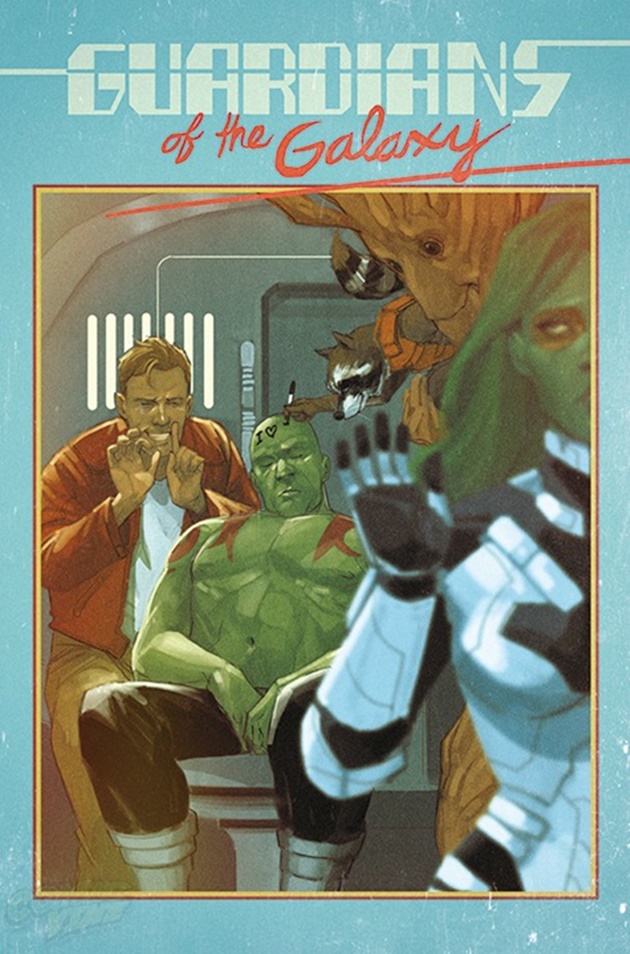 Guardians of the Galaxy
The thing I loved the most about the Guardians of the Galaxy film (and comics to a somewhat lesser extent), is just how warm the whole thing felt overall. I mean, just think of the ending. Everyone’s happy, they’ve created a new family together to replace the ones they’ve lost, Ain’t No Mountain High Enough is playing. It’s the stuff that smiles are made of. This cover kind of captures that same spirit, in my opinion. Star-Lord, Rocket and Groot are pranking Drax, they’re all smiling, Gamora has an “idiots” expression on her face in the foreground; it’s like getting a peak at a real family in one of its candid moments. Now, we just need a version of this show up in Guardians 2. Just imagine Bautista’s Drax going into battle with marker on his head. It’d be a riot.

That is also nails the look and feel of an Atari 2600 cartridge is just gravy. 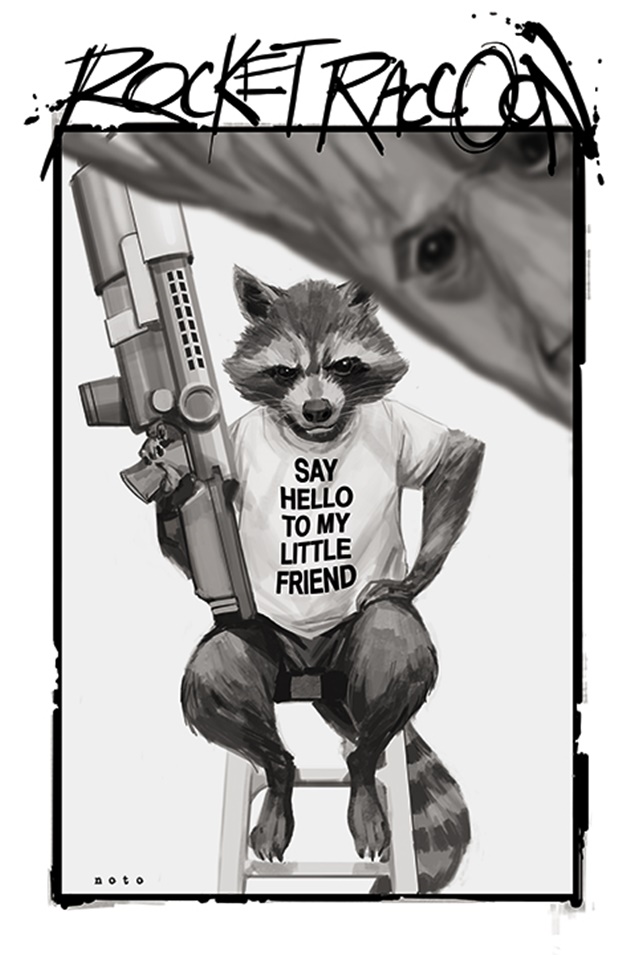 Rocket Raccoon
Another thing that needs to make it into the Guardians of the Galaxy sequel? Bradley Cooper’s Rocket Raccoon quoting Scarface. Your eyes might roll on the outside, but you know you’d love it where it counts. 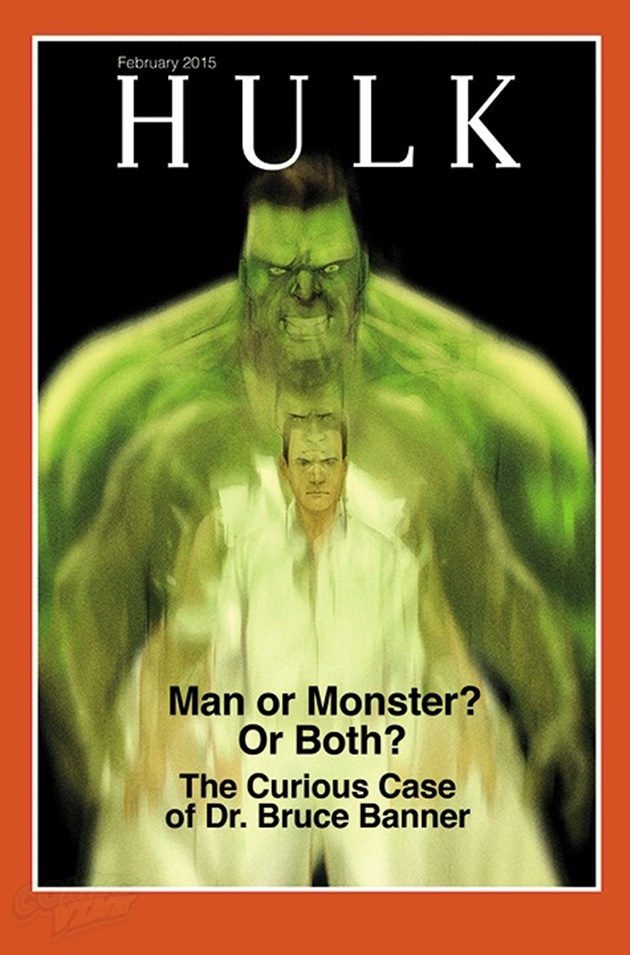 Hulk
What’s kind of great about this cover is how I could imagine Time Magazine actually running a story and cover exactly like this if something like the Hulk actually existed. I also really the way his transition from man to monster is handled in this single image. It does a good job of blending together the various stages of Banner’s transformation with it turning into a blurry or cluttered mess. 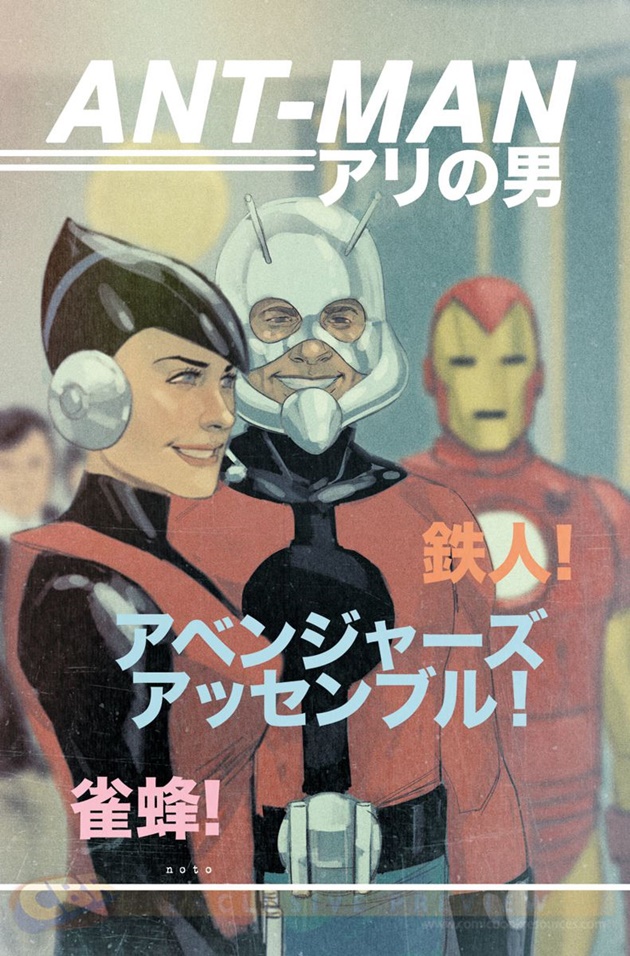 Ant-Man
Ant-Man is kind of a goofy looking guy. Mind you, I don’t mean that in a bad way. In fact, it kind of reminds of some of the awesome-goofy stuff you see in a lot of classic sci-fi anime. Maybe that’s why I think the Japanese magazine cover variant Mr. Noto produced for February’s issue of Ant-Man works so well for me. Also, props to Noto for popping Iron Man in the back there. Lord knows that nothing goes together better than Japanese entertainment and weaponized robotic suits. 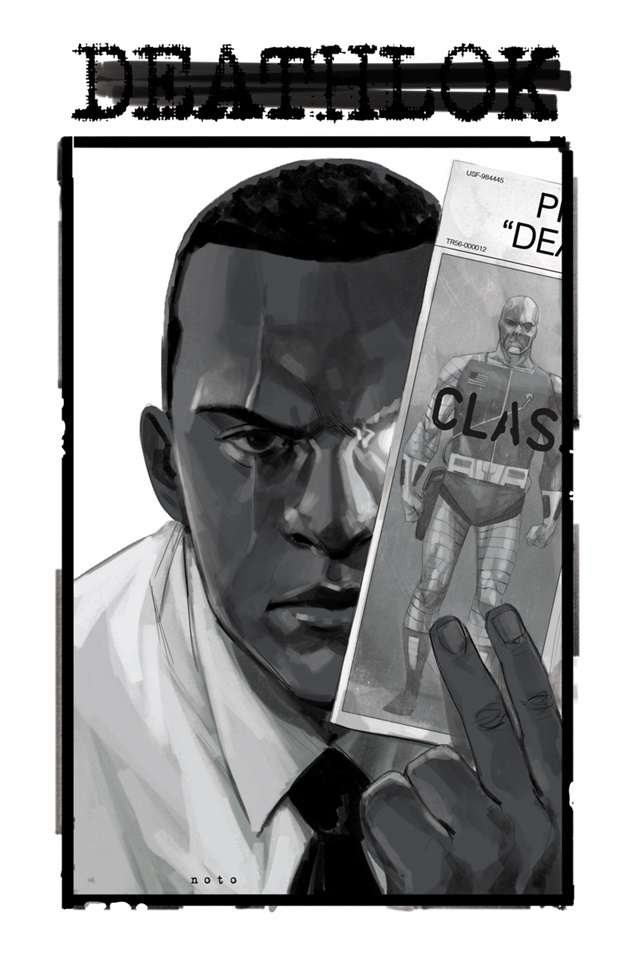 Deathlok
This one is probably my least favorite of Noto’s variants. It’s not a bad cover, by any means, it’s just not as interesting to me as the rest of them. We have a black and white cover of a grim-faced character holding up a paper with the word “classified” stamped on it. I can’t be certain until I’ve actually looked, but I’ pretty sure I could dig up four or five covers quite similar to that if I were to delve into my comic collection from the past few years. 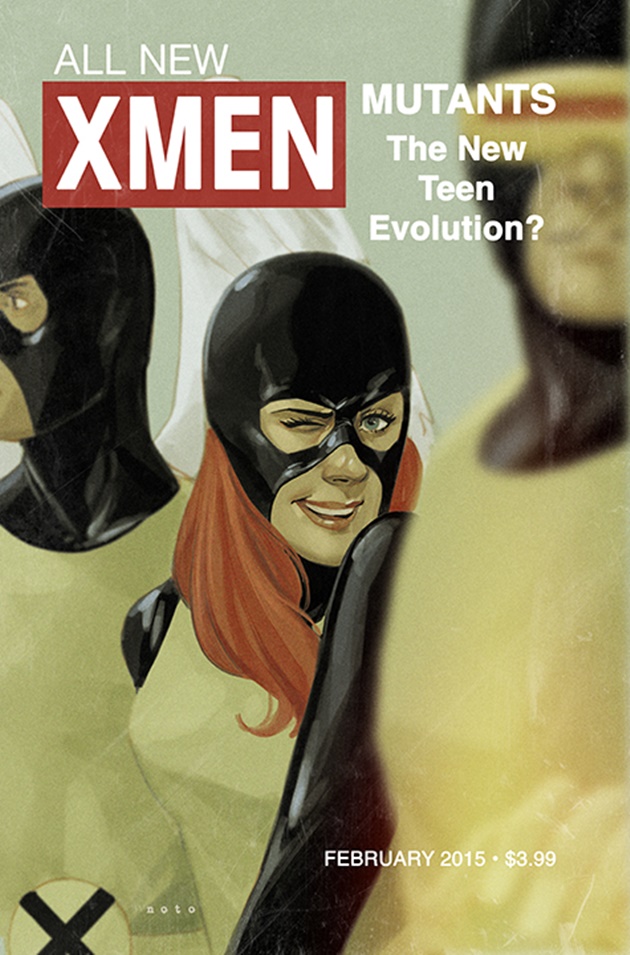 All-New X-Men
Along the same lines as the Time-inspired Hulk cover, this All-New X-Men variant does a great job of capturing the look and style of the actual magazine in a way that meshes almost perfectly with the comic book. The thing is, I don’t like the way Jean Grey’s wink looks. I know it’s a silly complaint and others would probably disagree with me, but there’s just something off-putting about it. It’s like she’s using her psychic powers leap off the page and stare into my soul. 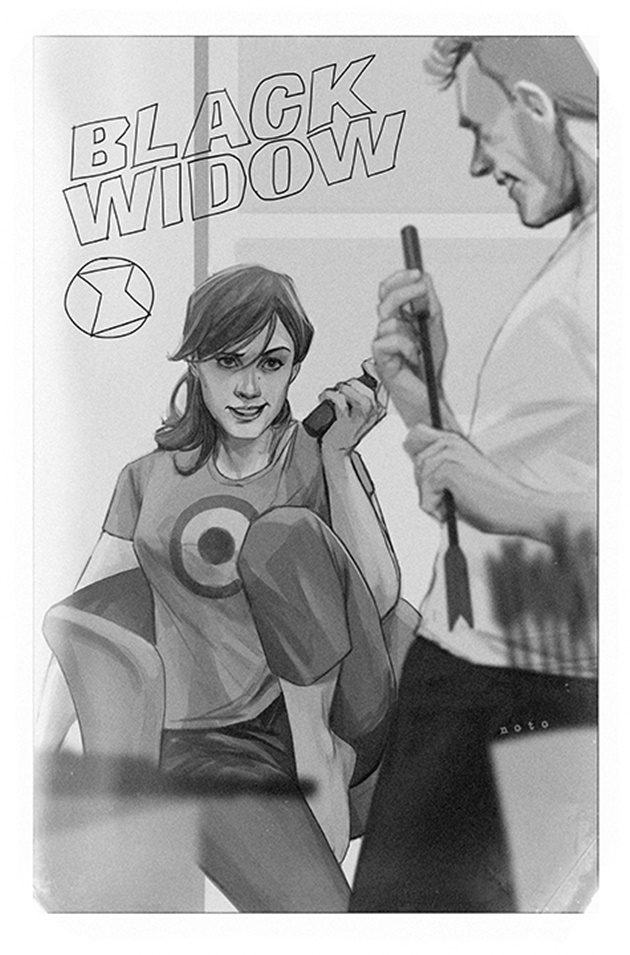 Black Widow
What I like about this cover is how utterly different it is from the rest of the series’ standard covers. The current book’s covers, also illustrated by Noto, are largely a long series of variations on the central theme of “sultry super spy.” This variant, comparatively, shows title character Natasha Romanov just kind of hanging out and shooting the hit with Hawkeye. It’s nothing exciting or bombastic, but it’s a nice humanizing image that, even on its own, does a good job of showcasing the fact that Black Widow is more than just Scarlett Johansson in a skin tight spy suit. 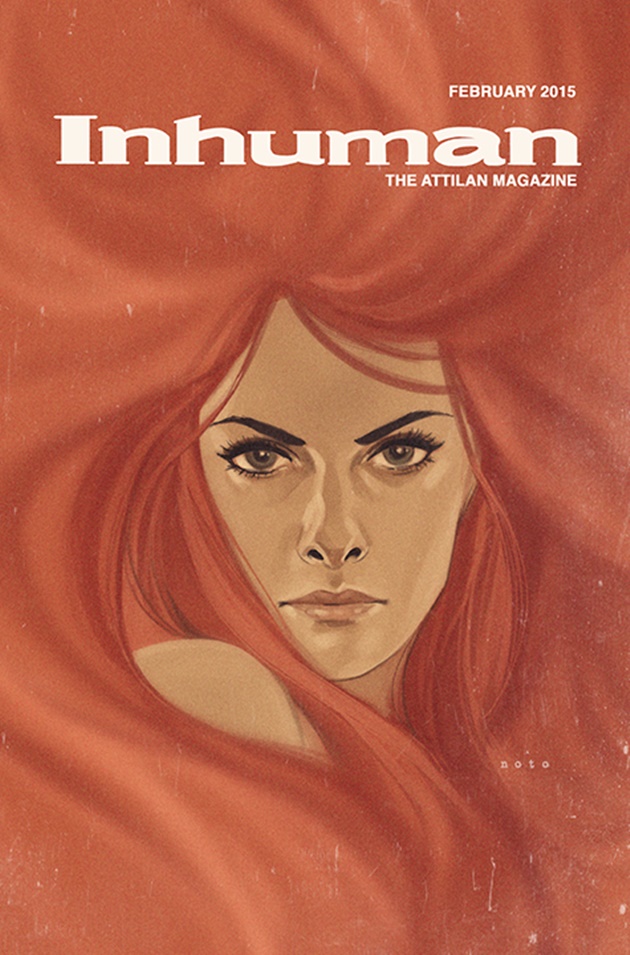 Inhumans
I’m going to go ahead and admit that I don’t know that much about Marvel’s Inhumans. I’m not entirely clueless. I know about Terrigen Mist and I’m clued into Marvel’s current efforts to them as its cinematic universe’s stand-in for the X-Men, but I’ve never actually read an Inhumans comic all the way through.

This cover makes me want to make more of an effort. An homage to actor Raquel Welch, Noto’s cover drops the hair-powered heroine Medusa into the film star’s iconic shoes. The beauty of this cover, is how fantastically it fits Medusa’s character while still looking like something that could have been torn out of a magazine in the era during which Welch was most famous. Overall, I just found it to be an incredibly eye-catching visual which, obviously, is always a good thing when you’re a comic book sharing a shelf with dozens of other brightly colored books.