Dean “Rocket” Hall talks about the future of DayZ and new ideas for a survival game. 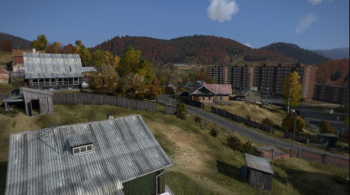 Dean “Rocket” Hall’s known for creating the popular survival game DayZ, and more recently, climbing the largest rock on the planet. In an interview with Rock Paper Shotgun, the game creator talked about how the climb into the outer reaches of the atmosphere helped clear his head: “I needed a break. I know Everest doesn’t sound like time off for some people, but it gave me good perspective.” Apparently, part of that perspective is that zombies are old hat, and climbing mountains is awesome. “Yeah, I am [getting tired of zombies],” Hall admitted. “That’s why I’m doing a mountaineering game next.”

In fact, his trip to Everest was mostly work-related in the first place. As he admits, “Yeah, [my next game] is one of the reasons I went… Mountain climbing’s my next game, I think. I wrote a design while I was up there, but I need to get DayZ done first.”

Yet, the leap from zombies to mountains seems like a logical one to Hall. As he told RPS, “I don’t think DayZ’s actually a zombie game, It’s a survival game with zombies. I think there’s room for us. We’re really pushing into the survival aspect of it. I think that’s what people want. The zombies are a good antagonist, so we’re using them. But it’s really a survival game.”

In addition to this glimpse into the future, Hall also talked about his plans for DayZ. First, DayZ‘s evolving beyond the limits of it’s Arma shell, and won’t release for the upcoming Arma 3. Meanwhile, work continues apace on the stand alone version, and that’s not something can be rushed. According to Hall, “it’s much better to displease them by being late than displease them by making a shitty game.”

Rayman Legends Doesn’t Have Online Play For A Reason