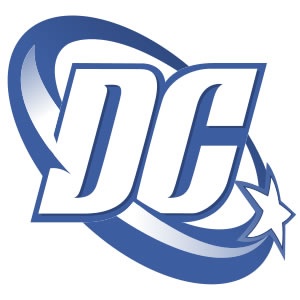 DC Comics has announced a historic reboot and redesign for its entire line of superheroes.

DC Comics is currently running a storyline called Flashpoint that involves the Flash (Barry Allen version) and his experiences in a strange timeline where the world’s superheroes are very different than they once were in memory. In a bombshell announcement, DC has revealed that Flashpoint will lead into a reboot of the entire DC Universe.

Starting on August 31, DC Comics will renumber 52 different books back to #1. Every single title that takes place in the DC Universe will be affected. It isn’t just a renumbering either, as DC is also redesigning costumes, storylines, characters… everything. All 52 #1 issues will launch over a period of 5 weeks.

The flagship book appears to be Justice League #1, which teams DC superstar scribe Geoff Johns with artist extraordinaire and current DC co-publisher Jim Lee. The first image from the reboot (seen below) was done by Jim Lee, partially showing how DC plans to redesign its universe’s characters. The idea is to make things more contemporary, but the changes aren’t incredibly drastic or anything going by this particular image. Superman’s outfit and younger appearance look to be the most changed. 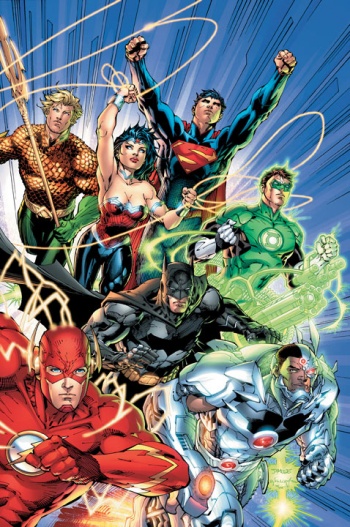 “We really want to inject new life in our characters and line,” DC Comics co-publisher Dan DiDio told USA Today. “This was a chance to start, not at the beginning, but at a point where our characters are younger and the stories are being told for today’s audience.”

Justice League #1 will also mark the further entry of comic books into the digital age. Though digital comic books are becoming more common, neither DC nor Marvel have begun to release digital versions of all their books alongside the print versions day-and-date. Starting with Justice League #1, all 52 titles featured in the reboot will be released both digitally and physically on the same day.

It’s a bold move that risks alienating hardcore fans, but then, doesn’t everything? Discovering how DC will reboot big stars like Batman and Superman, in addition to the rest of its roster, should make the coming weeks very interesting.