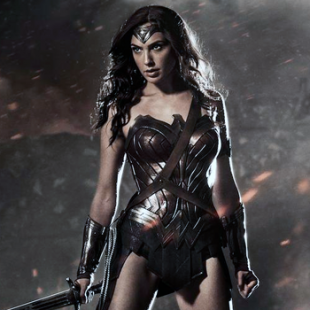 DC and Warner Bros. have finally done the smart thing and beaten Marvel to something important in the Super Hero Movies Arms Race.

On the heels of the recent reveal that Warner Bros. plans to use Wonder Woman’s New 52 origin story for her appearance in Batman v. Superman: Dawn of Justice comes even bigger news: The company has officially announced that a Wonder Woman film is in development, scheduled for release in 2017.

The announcement came as part of Kevin Tsujihara’s speech during the Time Warner Investor Day presentation. In addition to Wonder Woman, Tsujihara also revealed 8 other previously-unannounced DC universe films: Suicide Squad in 2016, Justice League Part 1 in 2017; The Flash and Aquaman in 2018; Shazam and Justice League Part 2 in 2019; and Cyborg and Green Lantern in 2020.

During the Presentation, Tsujihara also confirmed that Shazam will indeed star Dwayne “The Rock” Johnson, recently confirmed to play villain Black Adam, that Zack Snyder will direct Justice League Part 1, and that the company has an unspecified number of new television projects confirmed for 2015 and beyond.

All in all, it’s an ambitious slate of (most likely frustratingly grimdark) films, but one heavily dependent upon the success of 2016’s Batman v. Superman: Department Dawn of Justice. That film, scheduled for release in March 2016, will likely be a sizable hit, but it drops just two months before Marvel’s Captain America 3, a film now all-but-confirmed to feature a conflict between Tony Stark/Iron Man and Captain America that will function as Marvel’s version of Batman v. Superman. How BVP:DOJ performs relative to Cap 3 will likely determine the fate of several of these announced films.

For now however, DC has finally managed to get one over on Marvel, announcing a blockbuster-budgeted film based on a female characters while Marvel is still expressing muted skepticism that there’s an audience for one. The ball’s in your court, Marvel.

We’ll have more to say about this news later in the day.

World of Warcraft Subscriber Base Increases Despite Downward Trend