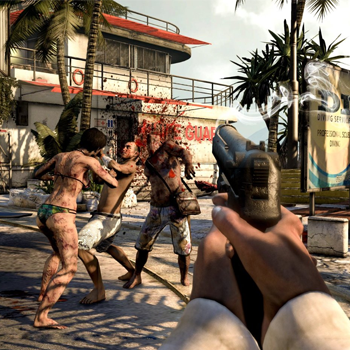 “A movie about zombies? I dunno… hasn’t really been tried in last few hours or so…”

The proposed Dead Island movie was supposed to have been canceled as a casualty of executive shake-ups at Lionsgate studios, but having regained control of the rights publisher Deep Silver has formed a new partnership with indie studio Occupant Entertainment to finance a new feature-film adaptation of the popular zombie game.

Best known outside the gaming world for a moody time-reverse teaser that went viral prior to the game’s release, Dead Island was an action/horror title wherein players had to survive a zombie outbreak in the nominally-original setting of a tropical resort paradise. A sequel, set in Venice Beach, was announced at this year’s E3 – no word on which of the games (or which elements from either) are to be adapted into the film.

Occupant Entertainment is a relatively new player on the scene, best know for distributing festival hits like The Wackness and All The Boys Love Mandy Lane.

Flappy Birds is Back- But Only On the Amazon App Store