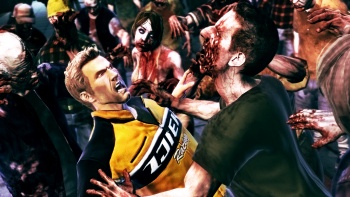 Capcom’s Keiji Inafune says that his company is “barely keeping up” with the West, and the rest of Japan’s developers have fallen way behind.

Inafune is not a man who minces his words, and he is severely unimpressed with the Japanese game industry right now. Speaking at the Tokyo Game Show, he said that Japanese developers were making “awful” games and were at least five years behind their Western counterparts.

Inafune believes that Japan is becoming less and less relevant in the gaming world and there need to be some pretty significant changes if the country is going to compete. He said that Capcom was only just managing to stay level with Western developers and thought that Japanese developers should be trying to understand the West in order to make their games more appealing to that audience.

Earlier in the year, Capcom said it was going to increase its output by making use of foreign talent. Capcom outsourced the production of Dead Rising 2 to Vancouver-based Blue Castle Games, and has recently announced that the next Devil May Cry game would be made by British developer Ninja Theory.

Whether you agree with Inafune’s assessment of the state of Japanese games, it’s hard to argue the point that making them more appealing to a Western audience would be a sound business decision. But we already have an entire hemisphere of Western developers, and it would be even better – in my opinion, at least – if Japanese game makers could find a way to appeal to the West, without copying it.

What Demon Rules Your Life?