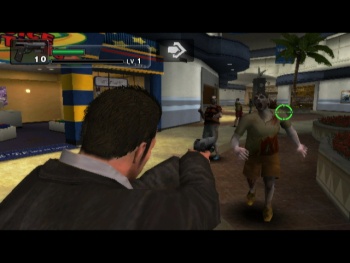 The lawsuit filed by Dawn of the Dead rights holder MKR Group against Capcom’s Dead Rising videogame has been dismissed by a judge who ruled that the few similarities between the two properties are “wholly unprotectable.”

Discussions between MKR and Capcom had been ongoing since February 2008, when MKR claimed that Dead Rising was essentially an unlicensed videogame adaptation of George Romero’s classic zombie film and social commentary Dawn of the Dead. Capcom elected to short-circuit a potential MKR lawsuit against the game by filing a preemptive lawsuit of its own, seeking a declaratory judgment that the game did not infringe upon MKR’s copyright. That effort was a bust, however, and in response MKR launched a lawsuit of its own, attempting to prove that the game did in fact violate copyright.

Despite the failure of Capcom’s lawsuit, MKR didn’t fare any better; Judge Richard Seeborg declared last month that MKR Group “has not identified any similarity between Dead Rising and any protected element of Dawn of the Dead. Rather, the few similarities MKR has alleged are driven by the wholly unprotectable concept of humans battling zombies in a mall during a zombie outbreak.” Similarities between the two works noted by Judge Seeborg include both being set in a bi-level shopping mall; both creatively use items like propane tanks and chainsaws to kill zombies; both use music in the mall for comedic effect; and both works are a parody of rampant consumerism.

The fact that he sided with Capcom in his decision didn’t make the judge a fan of the game, however; even though he determined that Dead Rising didn’t rip off the anti-consumerism theme of Dawn of the Dead, he apparently reached that point because he doesn’t think Dead Rising offers any real social commentary at all. “To the extent that Dead Rising may be deemed to posses a theme, it is confined to the killing of zombies in the process of attempting to unlock the cause of the zombie infestation,” the judge wrote. “The social commentary MKR draws from Dawn of the Dead, in other words, appears totally absent from the combat focus found in Dead Rising.”

Dead Rising was originally released in summer 2006 for the Xbox 360, while a Wii version known as Dead Rising: Chop Till You Drop was announced in July and is currently slated for release in early 2009.