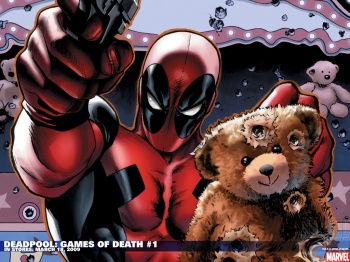 The script for Deadpool 2 has already been greenlighted, and is in production.

So Fox’s Deadpool cinematic adaptation has been both a smashing commercial and critical success. And you know what happens when stuff in Hollywood is successful, right? They milk the crap out of it! So much so that Deadpool 2 is reportedly already in production, after being greenlit by the studio, reports The Hollywood Reporter.

The good news is that Rhett Reese and Paul Wernick, who penned the script for the original movie, are writing for the follow-up, and while it has yet to be confirmed if Tim Miller (Deadpool‘s director) will be on board, Fox is intent on keeping the creative team together.

That’s pretty much all the information we have at this point, and we are yet to know if the film’s most major player, Ryan Reynolds, will be returning.

Deadpool managed to pull in a record-breaking $135 million domestic gross – the biggest opening weekend for an R-rated movie in history – and a $260 million worldwide haul.

Waiting for KOTOR 3? Check Out KOTOR 1 Remade in UE4