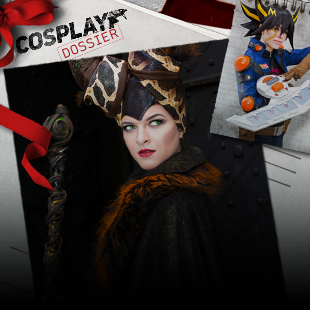 It’s the holidays, or in cosplay parlance, “costume repair season”. We get a bit of a reprieve from the bustle of conventions, and while the extra sleep is nice, some cosplayers, as well as other sorts of geeks, find this to be a lonely time of year.

The short days and cold nights can really make the winter blahs descend, and I know there are quite a few cosplayers who struggle with depression and other mental illnesses. The holidays are an especially difficult time of year for people with those struggles, so I wanted to reach out through the internet with some words just for you.

If you are a cosplayer, you’ve likely brought more joy into this world than you realize. You’ve embraced the desire to have fun, be silly, and believe in happier things. Things may be hard for you now, and you may have times when you feel worthless, but I know you have worth through your hobbies. Think of the people you’ve laughed with at conventions. The people who have taken your picture, or the pictures you’ve taken of others. Those are happy moments, and they couldn’t have happened without you.

People might also have been mean to you on the internet. Trust me, I know very well what that feels like. Whenever you do something happy, there are people out there who want to drag that down because they don’t understand the importance of working towards happiness. Joy is a deliberate act. It doesn’t just happen.

The internet puts us into contact with so many people that even if a small fraction of them are vicious and cruel, that can really bring down someone who is struggling to see the good parts of life to begin with. But listen to me for a few moments instead of them, because, like I said, I deal with trolls, haters, and people who just don’t know how to speak to people with respect. Some of them even write for other websites, so they should know better!

Come to think of it, everyone should know better. I think most people do know better. They’re deliberately trying to hurt you. The trick to it is to realize that if someone takes a shot at you for liking something, they’re the loser, not you. Some people love to make up crazy stories based on assumptions, and some people will just flat out lie. But I find a lot of trolls say the things that would hurt them if they were on the receiving end, and that’s pretty pathetic, isn’t it? That they’re so scared of those words that they need to fling them at other people to feel powerful?

I believe that the reason horrid people exist is so the rest of us can look at them and realize that we’re not like them. If we see reflections of those people in ourselves, that tells us what we have to work on. But if you’re like me and end up completely baffled by the actions and words of many people online, if you’re completely confused as to why someone would choose to be a jerk to someone because everyone has struggles, well congratulations: that confusion means that you’re a better person than they are.

For those of you who don’t know, I’m also a gamer as well as a cosplayer. I’m not a person who plays games and a person who wears costumes. I embrace both identities, and I have for some time. So I’m sure you can imagine that I’ve developed a pretty thick skin, because those identities catch a lot of shade. Through doing this show, however, I realized that maybe my skin was too thick. That being a bit more vulnerable, showing more of myself, would help other people who are looking for guidance in how to live a happy, geeky life.

The more I tried to toughen up, the more distant I felt from the people around me. I finally realized that a thicker skin isn’t a shield. It’s a barrier. The more you try to avoid being hurt or feeling sad, the more you beat yourself up over it when you end up feeling hurt and sad anyway. So you spend your whole life afraid of emotions we all feel at some point or another, and end up in an emotional hole where you don’t feel much of anything except blah.

I learned that it was much better to realize that sometimes you will feel bad things, but that those moments are temporary. There will be more conventions, more cosplay picnics, more amazing fandoms… basically, more chances to be happy, because we cosplayers seek out happy things. Those people being mean to you online actively seek out being miserable, and they just spread that misery around. We’ve got the better deal.

So no matter what insults are flung at you online, no matter how many petty insults or demands to “check your privilege” that you get, remember that no one but you knows your story, and no one but you gets to tell you who you are. You do have worth and you do have value. I don’t have to know you personally to know this. If you cosplay, or you’re a hardcore fan of something in comics, gaming, or even sci-fi or fantasy TV, you’re willing to believe in something beyond the “real world” and that gives you value. It takes a certain type of person to walk down a city street dressed as a superhero, or have a Legend of Zelda license plate, or register their religion as “Jedi” on a census form. We make the world far less boring. And we deserve credit for that. Boring sucks! 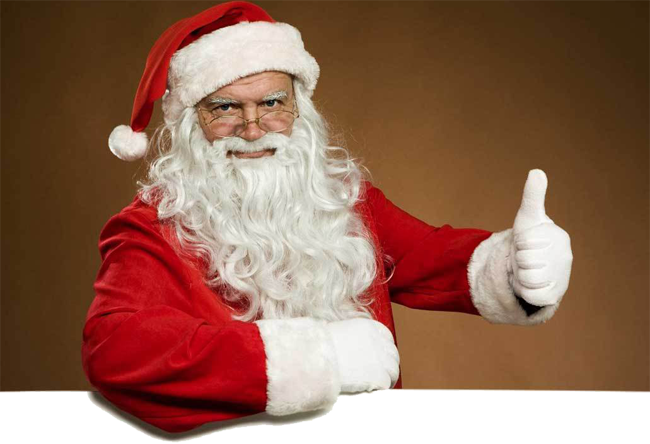 So accept and believe that you are worth other people’s time. If you’re feeling down, reach out, either in the real world or online. You don’t have to talk about what’s wrong. Talk about what you’d talk about if you were at a convention. And if no one is around, work on a costume, go out and raid dollar stores for props or cheap materials, or watch Escapist content. No one producing content for this service does it just for the money: there are far easier ways to make a living and we’re all passionate about this community. We want to entertain you. Because we know you matter.

Whatever you do, don’t give up. If you don’t feel like you have a supportive group, you just need to meet more people. There are a lot of different types of good people out there. It just takes a while to find them.

And the first step to finding supportive people is to find yourself. To not be afraid to state who you are and what’s important to you. Yes, people will make fun of you and even attack you for that. But other people will see that you have things in common and want to get to know you better. I’ve been amazed over the past year how many people connect to some of the things I thought I’d get mocked the hardest over, like pretending to force choke the audience, stating my love of furries, or admitting that I liked the John Carter movie. Good people find good people. That’s the amazing thing about fandom.

So Happy holidays, fellow geeks, and I’m looking forward to the best costumes ever in 2016! What are you looking forward to? Leave a comment, like my Liana K page on facebook, or tweet me at @redlianak. You’re not alone.

Editor’s Note: Cosplay Dossier will be taking off the week before the New Year, but will be back in January.

The Curse of Christmas Spoilers