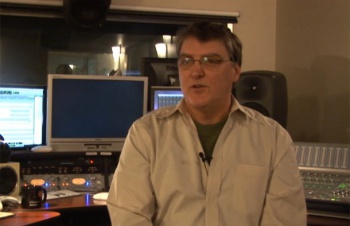 Bungie says that composer Marty O’Donnell’s absence won’t affect Destiny’s development schedule, and his music will remain in the game.

The split revealed yesterday between Bungie and long-time composer Marty O’Donnell came as a surprise to everyone, but while it’s an unfortunate breakup, it apparently won’t have any impact on Destiny, Bungie’s current project. “We have a fantastic team. We’re pretty close to shipping,” Bungie COO Pete Parsons told Eurogamer. “There’s a lot of polish left to do, lots of tweaking and tuning, but a lot is already complete.”

Parsons declined to comment on the reasons for O’Donnell’s departure but he did confirm that while he’s no longer with the studio, his music will remain in the game. “I think the Bungie fanbase is going to look forward to hearing Marty’s music, Mike Salvatori’s music, C. Paul’s music and Paul McCartney’s music in the game,” he said. “That’s going to be exciting for people. It’s going to be a great, fantastic experience.”

Parsons comments are in line with Bungie’s statement regarding O’Donnell’s departure, in which the studio described him in glowing terms and bid him farewell “as friends.” O’Donnell apparently sees things in a different light, however, as his announcement yesterday stated that he had been terminated “without cause” by Bungie’s board of directors. He had been with the studio since the mid-90s, working on games including Myth, Myth II and Oni, but is best known as the composer of the Halo soundtracks.

Destiny is being developed for the Xbox 360, Xbox One, PlayStation 3 and PlayStation 4, and launches on September 9.