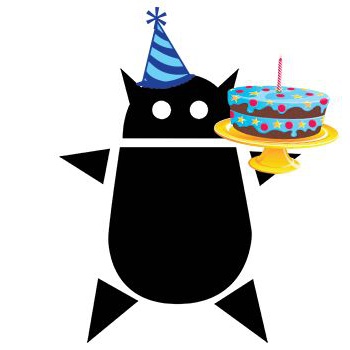 It’s official. As of today, The Escapist has hit the double digits. We’ve unlocked our first Talent Point. We’ve obtained our first Mount. The Escapist, as of roughly nowish, is 10 years old, which is making us – and almost certainly some of you – feel particularly ancient.We’ve a little bit of fun content planned out for the week, and tech and art have teamed up for some fun front-page excitement, so keep an eye out! For today, we’re going to look back at ten incredible years of The Escapist, in all its geeky glory.

Did you know that when The Escapist launched in 2005, it was modeled on magazines, with weekly issues, rather than daily content updates like you’re used to now? You can even download the first ever issue of The Escapist in PDF form right here if you want to know where it all started.

Though we started with exclusively written articles, The Escapist branched out into the then-fledgling realm of internet video starting with Zero Punctuation in August, 2007. Over the years, we’ve brought on a whole slew of different video series, which newer Escapists might not know about. Since we’re just as proud of some of these series now as we were when they were still running, I thought this would be a good opportunity to introduce some of our newer community members to some of our older, but still fantastic, video content!

Way back in 2007, we ran the first ever Escapist Film Festival, where we asked the internet at large to submit their best video series pilots, with first place being awarded with an ongoing Escapist video series. You might recognize this little doozy from back in the day.

You’re probably familiar with the winner (well, tied for first) of the second Film Festival; Unskippable from LoadingReadyRun. Check out the very first episode of the 320-something-episode run below.

Of course, not everything came from the Film Festivals, and one of The Escapist‘s fan favorite series, Apocalypse Lane is a great example.

We here at The Escapist like to have a little fun sometimes, and what better way to have fun than a NERF-based MURDER SIMULATOR! The Escapist NERF Wars raged for years, and we caught some of it on camera, just for funsies.

NERF Wars Redux, from 2010. The Nerferdome Melee challenge starts around 2:15.

How long have you been around at The Escapist? What’s your first memory? Your fondest? Let us know in the forums, and HAPPY BIRTHDAY!