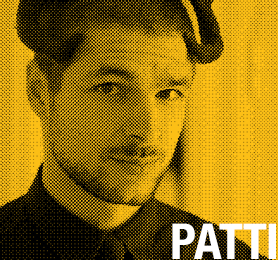 One of the minds behind Limbo has selected an oddly upbeat game for the finals.

If you played Limbo, you probably remember it for its dark, almost oppressive atmosphere of isolation, survival, and uncertainty. (If you haven’t, get to it!) Well, let no one say that Dino Patti, co-founder and CEO of Playdead, is a one-note gamer. After playing a selection of games made in just 48 hours for Indie Speed Run 2012, Patti has chosen Hamal by Team Pixels in Trouble as the fifth announced finalist to go to Yahtzee and be eligible for the $2,500 prize.

Hamal is an ancient machine with a secret hidden behind its large, flat exterior. What is that secret? If you want to know, you’re going to have to play strange arcade’s little game of lights and memory. Players stand at a panel of bright colors, and must respond to Hamal’s playful, and sometimes cryptic attempts at communication to satisfy him. Or maybe her. It? Yeah, it’s not super clear. Either way, Hamal is a fantastic game, and a good example of a developer knowing exactly how much he or she can achieve in the allotted time-frame, and making that experience as polished as possible.

“My favorite games of the ones I had to choose between is Hamal,” Patti said. “It’s very short and simple. The team has chosen a gameplay with a very focused scope, which is important with the tight time constraint.”

Patti went on to offer his congratulations to all of the Runners, saying “it’s very impressive what the teams of all of the games I’ve played have achieved in such short development cycle.” He also mentioned how difficult of a decision it was due to the majority of Indie Speed Run games being “like apples and oranges.”

You can play Hamal for yourself right here, and see if you agree with Patti’s assessment, or put on your judge’s cap, and dig into the other 181 free games we have hosted from the event right here on The Escapist. Be sure to come back in 48 hours to see Papo & Yo creator Vander Caballero’s pick for the second to last judge-chosen finalist!