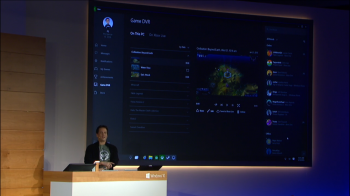 Windows 7 and 8 users will be able to upgrade to Windows 10 for free for a year following its launch.

The news comes out of Microsoft’s big Windows 10 event in Redmond, where it also revealed a juicy bit of info for Windows 7 and 8 users who are, understandably, a bit peeved at the exclusivity. Current 7/8 users will be able to upgrade to Windows 10 absolutely free of charge, for a period of one year following it’s release.

Microsoft has clarified that this doesn’t mean you’ll only get Windows 10 for a year – as long as you upgrade from 7 or 8 to 10 within the first year, the new OS is yours to keep forever. I gotta admit, that’s pretty generous, as it seems like the vast majority of Microsoft’s regular, private consumers would be running either Windows 7 or 8 at this point.

Don’t be expecting DX12 games to be rushing out the doors any time soon, though, as Microsoft stated that while some existing graphics cards will be able to get something from the new API, you’ll need to buy a new, DX12-enabled card to get the full benefit of it.

Lastly, Microsoft announced that alongside Fable Legends, a number of formerly Xbox One-exclusives will be making their way to gaming PCs around the world.

So all-in-all, a little bit of bad news balanced out with some other, pretty good news. Looks like an exciting year is in store for PC gamers.