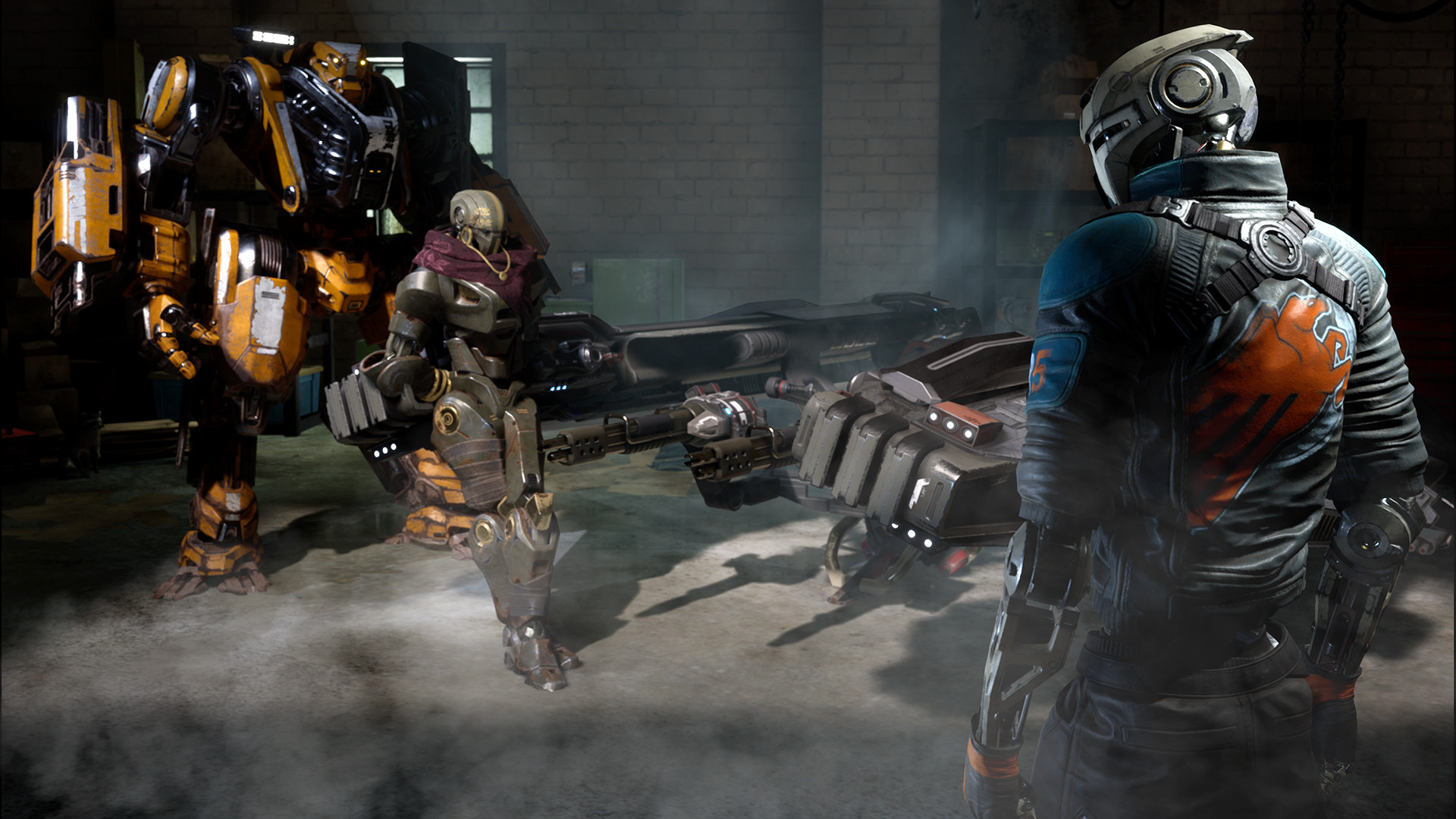 When it comes to video games trying to evoke the intangible sense of society, Red Dead Redemption 2 is the gold standard. It lets you, as Arthur Morgan, hail, rob, or antagonize almost any of the NPCs that populate its vivid interpretation of the Wild West. More pertinently, pulling in to the Van der Linde camp lets you swap stories and get to know each of the two dozen or so gang members as they reflect on recent events, sing songs, interact, and do chores as an ever-evolving group.

Rockstar Games is one of only a handful of AAA teams with the financial and reputational clout to invest that attention to detail into an incidental feature. But that doesn’t mean its ideas can’t be appropriated and adjusted to fit more modest ambitions. While complexity brings the gang society to life, the sense of camaraderie is embodied in the conversations — and V1 Interactive’s recent shooter Disintegration shows how even a static, linear adventure can follow that model.

The story mode of Disintegration lacks the kind of systemic reactivity typically found in the games otherwise evoked by the genre descriptor “living.” Battle triggers are scripted. Enemies act within a limited set of parameters. Some levels have hard-coded fail states. Beyond the frenetic firefights, there’s little in the way of unpredictability.

You battle through hordes, watch a cutscene that falls somewhere between grandiose and nonsensical, and then, for the briefest of interludes, Disintegration‘s world springs to life.

In 2020, a community hub in a narrative-led video game is far from a revelation. From Pokémon to Assassin’s Creed, Grand Theft Auto to Wolfenstein, games want you to believe that they respond to your actions. To create that illusion, they’ve been made bigger, more stuffed with things. In doing so, they chase a recreation of community rather than society.

Often, most interactive NPCs are either shopkeepers or mission-givers; they serve a clearly defined role for the player within the game world. Otherwise, they drop lore or make silly, repetitive comments about sweetrolls and arrows to the knee. Meanwhile, the background conversations tend to fall into patterns, failing to provide the illusion of deeper, internal lives.

One of the key problems is scale. How can a developer with finite resources hope to simulate the societal depth to be found across even one real-life town?

By pulling back, Disintegration pushes forward. While enemy NPCs in the field remain nameless, faceless, storyless goons, protagonist Romer Shoal and his not-so-merry squad of ragtags carry a sense of dimensionality. V1 achieves this not through best-in-class writing (Disintegration is — for better or worse — a bog-standard action/sci-fi romp) but by demonstrating a deep understanding of the unique narrative potential posed by video game interactivity.

Between missions, Romer passes time in hubs, where you control him from a third-person perspective. You can basically ignore these interludes if you choose, running straight to the control panel to dive into the next mission. Or you can spare a few minutes to wander around and chat to the various squad members. The conversations aren’t deep; with only one or two lines being exchanged, they’re barely conversations. But they show progression and the growing ties between the misfits. The characters are static in these hubs, but their poses and positions speak.

You can see Seguin’s aloofness and Doyle’s grief, Coqui’s cockiness and Rezek’s internal conflict. The hubs represent a microcosm of the evolving situation depicted through the gameplay and the cutscenes. The characters talk about each other, about themselves, about what has happened and what is yet to come. And almost paradoxically considering how static it is, it brings the story to life.

It enables us to understand what each character is going through without having them break down in an overwrought cutscene or disrupting the action to force you into a conversation where you have to arbitrarily hold the thumbstick forward. The tropey structure of social hubs is reimagined to focus on the links that increasingly bind this crew together.

Importantly, the process of characterization comes through much more potently in these interludes (if not the core shooter gameplay) than in the cutscenes. This design allows the story to be player-determined without being systemic. By giving us the keys to our own investment in the characters, it asks us to engage and empathize with them far more effectively than do cutscenes.

Switching among Disintegration, Death Stranding, and a preview build of Outriders, the difference is stark. Outriders’ NPCs are, again, shopkeepers, mission givers, and lore droppers. Meanwhile, the Heads of Distribution in Death Stranding exist for little purpose beyond giving Sam more busywork and occasionally an email updating him on their status. They facilitate gameplay without feeling like people. At its absolute worst, Disintegration falls into the same trap, but that’s relatively rare. Instead, they seem like people reacting to their ever-evolving circumstances.

Disintegration’s approach to social hubs is so simple that it shouldn’t feel new or revelatory, but it does. They become more meaningful by being tightly contained and completely hand-authored. The game succeeds by focusing on what makes a society rather than a community.

Shadow of the Colossus and the Lesson of Grief