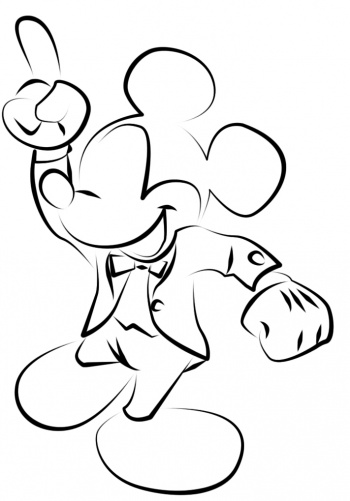 How do you build a good videogame movie? According to Disney, you ditch the actual games and focus instead on their underlying concept.

Wreck-It Ralph is the next computer-animated film from Disney Animation Studios and it boasts an impressive talent pool. John C. Reilly, Sarah Silverman, Jack McBrayer and Jane Lynch all voice characters. Rich Moore, an Emmy winner who counts both Futurama and The Simpsons, among his credits, is directing.

Actually, that’s the dramatic twist here. Wreck-It Ralph is a “videogame movie,” but it’s not based on any videogame. The film is an exploration of the videogame concept, and what might happen if popular characters were to interact with one another.

Wreck-It Ralph (voice of Reilly) longs to be as beloved as his game’s perfect Good Guy, Fix-It Felix (voice of McBrayer). Problem is, nobody loves a Bad Guy. But they do love heroes… so when a modern, first-person shooter game arrives featuring tough-as-nails Sergeant Calhoun (voice of Lynch), Ralph sees it as his ticket to heroism and happiness. He sneaks into the game with a simple plan — win a medal — but soon wrecks everything, and accidently unleashes a deadly enemy that threatens every game in the arcade. Ralph’s only hope? Vanellope von Schweetz (voice of Silverman), a young troublemaking “glitch” from a candy-coated cart racing game who might just be the one to teach Ralph what it means to be a Good Guy. But will he realize he is good enough to become a hero before it’s “Game Over” for the entire arcade?

It’s a solid story idea, but my main concern here is that viewers will find the characters and settings too generic. By not tying the film to any particular gaming property Disney avoids the burden of having to please an existing hardcore fanbase, but by making a film about videogames in general, it runs the risk of boring gamers of all stripes in the inevitable comparison to real videogames.

The excellent cast will help on that front, but the characters are going to have to be very well written to stand alongside Solid Snake, Master Chief and Bowser.

Then again, there’s always the possibility that this amorphous videogame-themed setting might allow Disney to license cameos from well-known gaming personalities. It wouldn’t save a terrible film, but a well-timed cameo from a certain Italian plumber would be a huge geek out moment for a wide swath of this film’s prospective audience.

EA Gets Ready to Throw Down With Steam – UPDATED