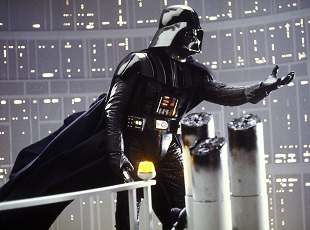 Update: Sometimes, even the intrepid Escapist Action News Team slips on a banana peel. Today’s Star Wars report was based on a Comicbook.com post…that was published four months ago. In today’s rather dense news cycle (Cuba, Russia, Peshawar aftermath, The Interview, Killzone lawsuit etc.) the old date did not register with me when I lined this up for The Escapist. I either skimmed over the publication date (stupid), or stared at it while something like this happened in my brain (even more stupid).

So while the details of the report still hold water, they are details from a Summer report. News? Yes. News worth reading four months later? Not really.

Now if you’ll excuse me, I have some dishes to do. -Devin Connors

Original Story: As if today’s news about normalized relations with Cuba wasn’t awesome enough, Comicbook.com just got a scoop that even Jabba couldn’t pay to keep quiet. Due to the nature of the sources, and no confirmation from Disney, this is definitely still in rumor/report territory.

Disney is bringing the original, unaltered, definitely-not-the-Special Edition-versions of Star Wars Episode IV, V, and VI to Blu-ray next year. Just so there’s no confusion: “The goal is to release A New Hope, Empire Strikes Back, and Return of [the] Jedi in their complete, unaltered, original form without the redone special edition SFX.”

Sources in the post confirmed that the project has been underway at Disney for quite some time, and the process has been both long and significant. Due to damage to original Star Wars negatives, the timetable for a Blu-ray conversion appears to be longer than normal.

There is no concrete release date, other than Disney wanting the trilogy out the door before Episode VII hits theaters in December 2015.

In order for such a Star Wars release to happen, Disney would have to overcome some pretty significant hurdles. 21st Century Fox currently owns the rights to home video distribution, which means the two Hollywood giants would have to agree to a sale of the rights to Disney, or some sort of revenue split. George Lucas might also have to be involved, given his role as the creator of the franchise (this bit is a tad more murky, given the sale of Lucasfilm to Disney).

But if Disney can pay its way through the red tape? We could all get the blu-ray films we desperately asked for long, long ago.

Games, Movies and More – See the Nominees for The Escapist Awards 2014