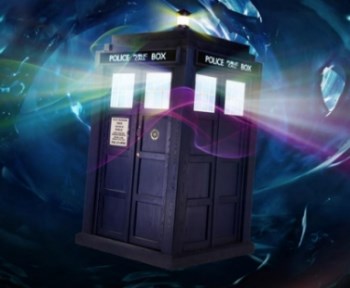 The son of the man who created the Tardis of Doctor Who fame is demanding that the BBC pay his family for 35 years of copyright infringement or stop using it.

Even the most casual Doctor Who fan knows about “time and relative dimensions in space,” but I suspect that the majority of die-hard aficionados would be hard-pressed to tell you who actually invented the Tardis, the famed phone booth that carries The Doctor along on his adventures. That credit goes to Tony Coburn, the man who wrote “An Unearthly Child,” the very first Doctor Who story arc that aired in 1963. According to his son Stef, Coburn was inspired by the “alien sight” of two blue police boxes he saw during a walk on Wimbledon Common in south-west London.

Tony Coburn died in 1977, at which time his son says whatever “informal permission” he’d given to the BBC to use his work came to an end. Copyright on his ideas then went to his widow, who earlier this year passed those rights on to Stef, and he’s making a more aggressive claim to ownership than his parents. He says the BBC has been in violation of the copyright since his father’s death and he wants it to pay for every use of the Tardis in the show since then or stop using it altogether.

“It is by no means my wish to deprive legions of Doctor Who fans (of whom I was never one) of any aspect of their favorite children’s program,” Coburn said. “The only ends I wish to accomplish, by whatever lawful means present themselves, involve bringing about the public recognition that should by rights always have been his due, of my father James Anthony Coburn’s seminal contribution to Doctor Who, and proper lawful recompense to his surviving estate.”

Coburn acknowledged that he is “extremely angry” that a BBC program about the series that’s part of the Doctor Who 50th anniversary celebration makes no mention of his father. The BBC said it’s looking into the matter but also noted that it registered its own copyright in the 1980s and had received no complaints prior to this one; Coburn said he would have made a claim earlier but didn’t hold the rights.