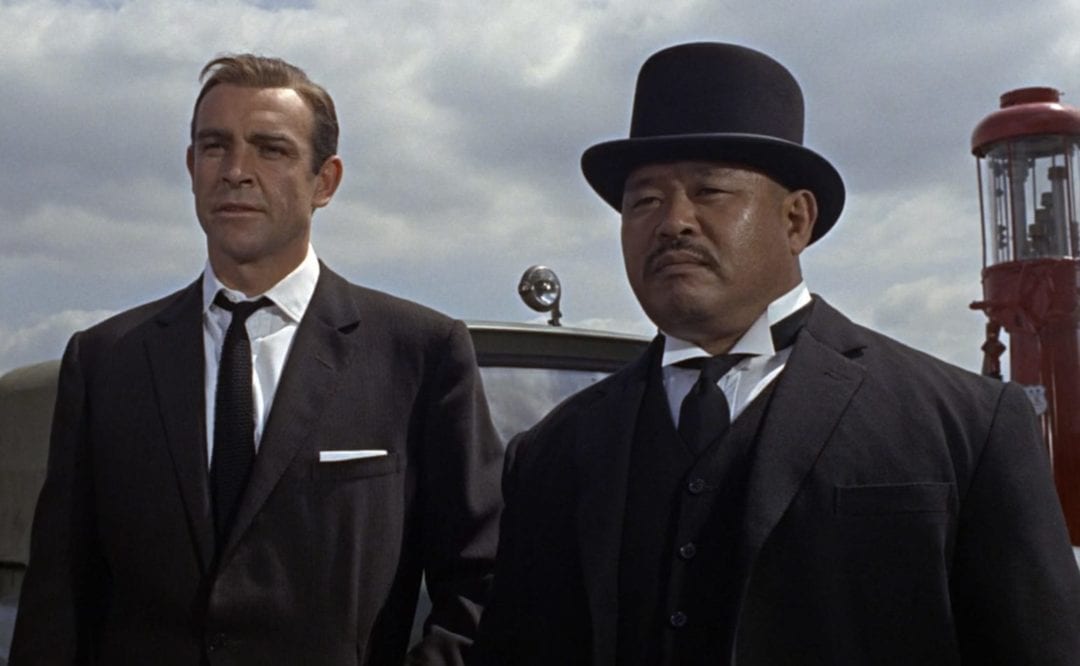 Obviously, the actors who have played James Bond in the past — Sean Connery, Roger Moore, Pierce Brosnan, Daniel Craig, and more — have all been white.  But all previous actors who played Dr. Who were men until Jodie Whittaker. Characters created decades ago tend to follow the sexist and racist presuppositions of the past. Pop culture at one time operated as if all heroes were white men.

Today we are — or should be — marginally less racist and sexist, which means we should be open to different heroes. Idris Elba says he’s not going to take the role of James Bond. But that doesn’t mean that, say, Ricky Whittle couldn’t. Bond needs to be suave, brutal, hyper-competent, and sexy as hell. You don’t have to be white to be any of those things.

Ian Fleming’s James Bond novels of the 1950s and 1960s were deliberate briefs for the awesomeness of the British Empire and of the white people who controlled it. Bond fought for the glory of Queen and Country by going out into the former colonies and doing what you do in former colonies when you’re the white male colonizer — shooting men of color and sleeping with women of color.

The racism in the Bond novels isn’t subtle. In 1959’s Goldfinger, for example, Fleming writes that “Bond intended to stay alive on his own terms. Those terms included putting Oddjob and any other Korean firmly in his place, which, in Bond’s estimation, was rather lower than apes in the mammalian hierarchy.”

That’s a straightforward endorsement of eugenics. Bond is the clean, awesome hero specifically because he’s a white man, sitting at the top of the “mammalian hierarchy.” And his job, as an agent of the British Empire, is to keep each non-white person “in his place.”

That isn’t a one-off either. In 1957’s From Russia With Love , Fleming muses, “So these dark, ugly, neat little officials were the modern Turks,” and then contrasts the firm, reassuring handclasp of a Westerner with the “banana-skin handshake of the East that makes you want to wipe your fingers on your coat-tails.” In 1964’s You Only Live Twice Fleming sneers that “in the new African states … they pretend the cannibal stewpot in the chief’s hut was for cooking yams for the hungry children.”

The Bond films aren’t usually as explicit in their language, but the racism isn’t buried especially deep. In the 1973 film Live and Let Die, black religiosity is insistently associated with murder. Black Christian funerals in New Orleans are a pretext for assassinations, while the Caribbean spiritual system Obeah is presented as a kind of frantic death cult. Bond (Roger Moore here) goes into the lawless, humid Caribbean to end its chaotic rituals and rescue the white woman inevitably caught up in them.

Even the 2015 movie Spectre has a similar dynamic. The first scene is set in Mexico, where Bond (Daniel Craig) eschews the lure of dancing and sex to go shoot some Hispanic villains, precipitating a building collapse and general chaos. The white guy hero polices the non-white countries which can’t police themselves, and you’re supposed to be on his side even as he senselessly puts large numbers of Mexicans in danger.

A black James Bond could mitigate the series’ racism. The white savior narrative in Live and Let Die and Spectre would be a good deal less pronounced if the savior weren’t white. A black Bond would show, just by existing, that Fleming’s eugenic ideas about where everyone stands in the hierarchy are wrong.

In this case, though, representation alone wouldn’t be enough  to fix the racism built into Fleming’s original concept. A black James Bond will still be a James Bond celebrating British imperial power, and fighting for the idea that the British are superior — morally and intellectually — to the people they conquered and are now policing.

Of course, the filmmakers could change the series in other ways. James Bond could join a colonial resistance movement fighting against the British government or could be involved in a fight against an anti-immigration far right terrorist cell in the homeland. These are not very James Bond plots, though, and it seems unlikely that creators or fans who are invested in James Bond in particular would necessarily embrace them. James Bond as revolutionary anti-imperialist would be someone other than James Bond.

It’s hard to take the imperialism and racism out of an adventure hero like James Bond, whose whole purpose was, and is, to justify and glamorize British nativism. If we’re going to keep having James Bond films, casting a black lead could be a step towards addressing an ugly history. But it’s not going to be much more than a step.

There are some interesting contemporary recastings of the spy genre. Killing Eve, for example, stars Asian-American actor Sandra Oh as a spy catcher in an obsessive antagonistic, lesbian-tinged relationship with a mysterious Russian assassin; it turns Bond’s imperial conquest into unhealthy romance. Starz’s Counterpart is a labyrinthine science fiction series about two identical parallel worlds spying on each other, neatly upending that idea of invaders being further up the mammalian hierarchy than the invaded. Next to stories like these, Bond looks shopworn and drab. Rather than recasting the James Bond movies, it might be best to retire him and tell different kinds of stories.

How Jupiter & Mars Hopes to Save Earth