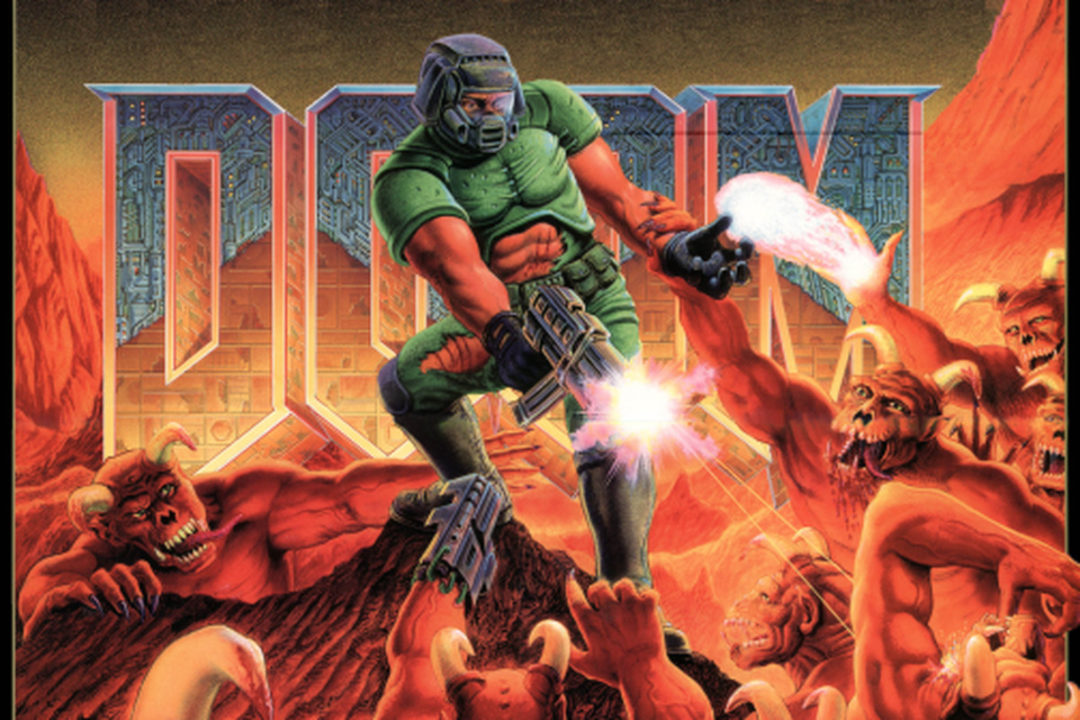 It’s hard to imagine a world without Doom. In 1993, the game burst onto the scene with a chainsaw and a rocket launcher and solidified the first person shooter as the dominant genre it is today. From the weapon selection to the level design to the pacing of combat, modern shooters continue to use tropes codified by Doom. Id Software is still making Doom games 26 years later with the upcoming Doom Eternal. To call Doom the most influential shooter in gaming history is an understatement. Doom is an institution.

Even the protagonist, Doomguy, has become an icon of the medium. In the first game, players only knew him a grizzled face and a series of grunts. Later games gave him even less development. Doomguy isn’t even a character. He has no backstory, voice, or depth. But there’s something about Doomguy that makes him interesting: Doomguy is you.

I know it sounds obvious. As the player avatar, you are literally Doomguy. You control his movements and you point his gun. As a blank slate, he is meant to directly represent you in the game world. However, the 2016 reboot of Doom changed things a bit.

The reboot adds a sci-fi horror story about a corporation extracting energy from hell for the good of humanity and the terrible things that happen as a direct result of their hubris. It is played dead straight. The plot is mostly explained through radio transmissions playing in the background so you would be forgiven for not hearing it over the sound of shotgunning a Cacodemon while flying through the air. Many games feature threadbare stories to facilitate gameplay, but Doom 2016 pushed it a little farther.

There’s a moment in that game where Samuel Hayden, a high ranking official on the base you’re fighting through, asks you to carefully remove an energy canister from the wall. But after listening to his instructions on how to unscrew and release it for a few seconds, Doomguy completely ignores him and kicks the canister until it’s sparking on the ground, completely broken. Doomguy never cared about this silly melodrama. Doomguy just wanted to chainsaw demons in the face. He is an agent of chaos, and nothing is going to contain him.

I found this moment instantly relatable. I vividly remember getting halfway through the 2016 reboot’s campaign without paying attention to anything other than the blood-soaked combat. Very few people truly care about Doom’s story. They just want to run around a level at a million miles per hour shooting every hellspawn in sight. Id Software tells this incredibly self serious story with huge stakes and then part way through, Doomguy symbolically looks into the camera to say “This guy, am I right?” I laughed, but as I look back I realize that this was the moment that sold me on the game’s experience. With a small wink to the audience, Doomguy suddenly became more than just a meat sack that we carted around. Doomguy became a symbol for how the player engaged with Doom. Doomguy was already you, but now the relationship went both ways.

As an agent of chaos, Doomguy was able to break free of the restraints of story and truly wreak havoc. There is some primal urge deep inside all of us that wants to unleash this kind of mayhem. All it took was a wink to let us chainsaw some demons with morbid glee. Doomguy provided a narrative context for something players had already been doing for years, which helped an already great game shine even brighter.

Doomguy is a practical character for a game that pushes story and nuance to the side for visceral combat and fast-paced action, and he does that job better than any three-dimensional character ever could. What sets Doomguy apart is the clear awareness of his utility and the way that the game uses him to get to the good stuff. In a genre defined by interchangeable and often faceless goons, it might look like Doomguy is a fluke. The Call of Duty series often features equally vacuous blank slate characters, but they don’t stick with us in the way that Doomguy has. One recent strategy has been to create fully realized and layered characters for players to inhabit. Studios like Naughty Dog have seen success with Nathan Drake from the Uncharted series and Joel from The Last of Us.

However, that’s not always the best way to make a character memorable. If you were to graft a deep character onto Doomguy, he wouldn’t he nearly as iconic. Doomguy is great because id Software went the other direction. They decided to ditch the character nuances and Doom 2016 is unquestionably better because of it. We need characters like Doomguy just as much as we need well-rounded characters with compelling arcs. One is not inherently better than the other. Hopefully Doom Eternal takes this lesson to heart. Sometimes it’s better to let the action speak for itself. Sometimes we just need to embrace our id.