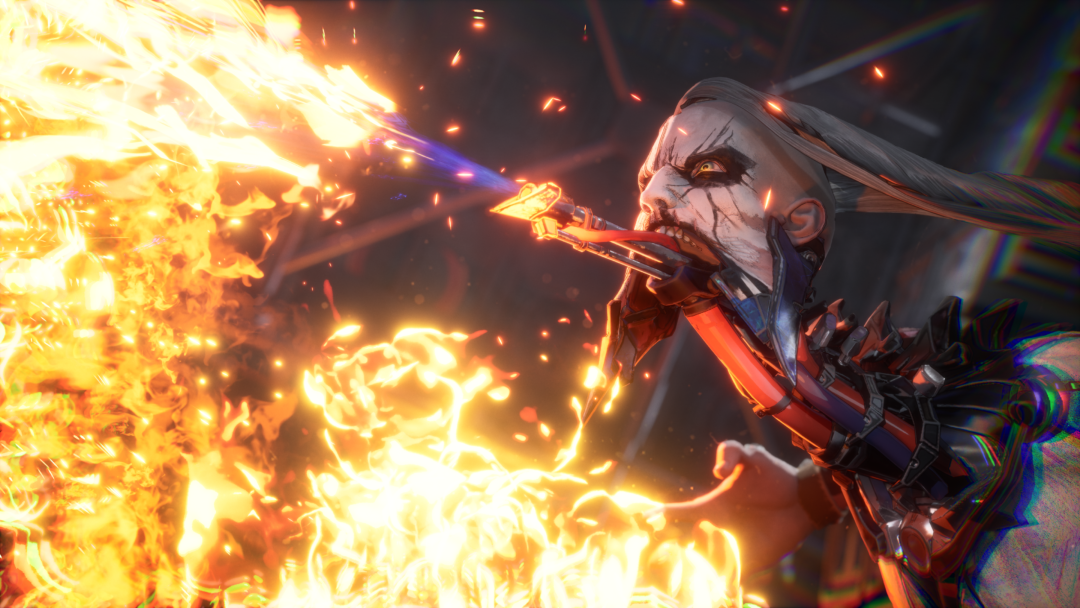 Bleeding Edge represents a number of firsts for developer Ninja Theory. The Xbox exclusive announced at E3 2019 is the studio’s first original title for Microsoft since it was acquired in 2018. It’s also the first major multiplayer game the studio has made in over 15 years; the last time they tried their hand at multiplayer brawling was the original Xbox exclusive Kung Fu Chaos. Based on Yahtzee Croshaw’s demo session with the game at Microsoft’s Xbox E3 2019 Xbox Showcase event, it’s also the first original game in the fiercely creative studio’s oeuvre that feels firmly in the shadow of another developer’s work.

“I think the trailer sold it short,” Croshaw said, reporting back from the show floor. “It’s fun to play but it does come across as completely generic.”

When the game’s trailer ran during Microsoft’s press conference, the whole editorial team at Escapist joked about the similarities to Overwatch, but that snarky first impression was fleshed out even more so in the actual demo.

“I played a fairly standard capture point map with two teams of four, basically all characters from Overwatch with enough changes to be deniable,” Croshaw said. “Mainly melee focused with limited ranged abilities. It was interesting in that I got creamed by a speeding train twice while standing on a capture point.”

Death trains are certainly an unusual wrinkle to throw into a competitive multiplayer game. The cast of brightly quaffed cyborg weirdos might not distinguish Bleeding Edge aesthetically, but the studio’s flare for melee combat should. Over the course of 10 years the studio has produced deliciously balletic and action games including Heavenly Sword, Enslaved: Odyssey to the West, and most recently Hellblade: Senua’s Sacrifice. Unfortunately Bleeding Edge is was one of the few E3 2019 Xbox games that wasn’t given a release date.