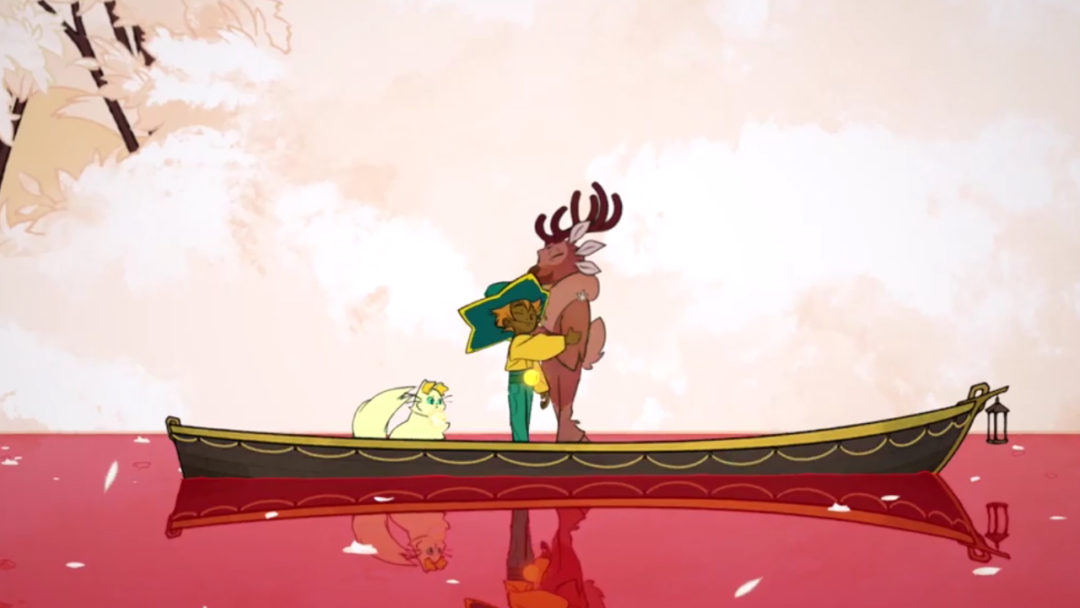 How do you top bringing Keanu Reeves out on stage to talk up his appearance in Cyberpunk 2077, one of the most anticipated games on display at E3 2019? You don’t even try. Microsoft wisely predicted that after sharing oxygen with Neo Constantine Wick himself, the Xbox press conference audience would probably need a moment to catch their breath and calm their nerves. To that end they debuted Spiritfarer after Reeves’ departure, and hoped to god that it would be chill enough to prevent a wave of hype-induced cardiac arrest. It worked: Reeves-related deaths at the Microsoft event were a record-low zero.

The latest effort from Montreal-based Thunder Lotus Games, the studio behind Sundered and Jotun, Spiritfarer is described as a “cozy management game about dying” and “learning to say goodbye.” Players take on the role of Stella, a sort of ferrywoman for the dead, as she manages her sizeable houseboat, explores the waters between this realm and the hereafter, and interacts with numerous characters who are either anthropomorphized animals or outright furries. The side-on camera angle, handsome hand-drawn animation, and talking critters recall recent indie darlings Oxenfree and Night in the Woods.

Reporting from the E3 show floor, Yahtzee Croshaw praised Spiritfarer’s animation and said its routine of daily busy work reminded him of another indie gem: Stardew Valley. It’s possible that Spiritfarer could end up being a hot dog of a game, made up of bits and pieces of its own influences — some Animal Crossing chores simulation here, a bit of Pyre’s permanent character dismissal there — but it’s still far too early to tell. Unfortunately Croshaw said the game’s current build has “slightly unintuitive controls.” Ferrying the souls of the recently departed is probably a little complicated, but surely game devs would have sorted out how to make a sidescroller feel good by now.

Spiritfarer may not appeal to the kinds of players who showed up to Microsoft’s event for the likes of Cyberpunk 2077 (Croshaw himself admits “it’ll probably bore me”) but it takes all sorts to pad one of these events out to 90 minutes.

Spiritfarer doesn’t yet have a release date, but will be coming to Xbox Game Pass eventually.

We Know the Final Fantasy VII Remake Release Date, but Not How Much Is Coming Out