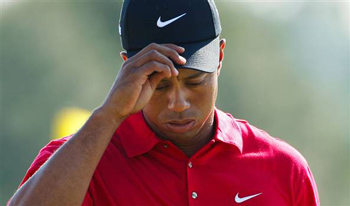 The Old Republic lost around 400,000 subscribers between February and May, but that’s okay. They were all casuals anyway.

“When we launched the product back in December, it was an event launch,” EA game label boss, Frank Gibeau told investors. “We brought in a lot of users, and with a brand like Star Wars, it reaches out much past the hardcore MMO fan base into the broader market.

“And as the service evolves from here, what we’re seeing is that some of the initial casual customers have gone through a billing cycle and decided not to subscribe to the game.”

Of course, that cross-market, casual-appeal is exactly what’s kept World of Warcraft chugging along for the past decade like some kind of terrifying, money-vomiting Energizer bunny. The fact The Old Republic is having trouble retaining subscribers despite its license – which can pretty much sell anything – is cause for concern.

World of Warcraft and its upcoming Panda-themed update isn’t the only competition the game will face. Both the recently released Tera and the upcoming subscription-less Guild Wars 2 will all be clamoring for a bigger slice of the MMO pie. Gibeau, however, seems unconcerned.

“We are cognizant of competitors coming, but none of them quite fit in the same competitive category as Star Wars,” he said. “They’re just different fantasies. They’re not the Star Wars fantasy. It’s not the big expansive universe that appeals to so many people worldwide. And as you know with MMOs, every day you’re in operation to get better and better and better. You continually perfect the experience. You continually improve the acquisition component.

“And so building from a base that we’re at right now, we feel very confident that this business is going to continue to stay competitive throughout the remainder of the year.”

EA shogun, John Riccitiello popped up to add that while The Old Republic is counted amongst EA’s top ten earning franchises, it’s not in the top five.

“So it’s a business contributor, while important, is not as important as Medal of Honor or Battlefield or FIFA or Madden or The Sims or SimCity,” he said, “but it’s more important than Tiger Woods PGA Golf.“

What an excellent quote. They should put that on the back of the box.

Rumor: You Can Tackle Dead Space 3 With a Friend

Beyond Good and Evil 2 is Still Alive