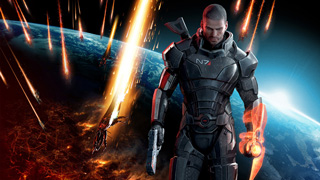 Despite the plethora of remasters we’ve seen hit the market since the PS4 and Xbox One launched, there’s one big company that hasn’t dived into their back catalog yet: Electronic Arts. That could be changing soon, though.

In an interview with Game Informer at Gamescom, Executive Vice President for EA Studios Patrick Soderlund didn’t confirm that EA is getting into the remasters game, but his comments certainly would make you think the company is leaning that way.

When Game Informer asked about the possibility of a Mass Effect trilogy remaster, Soderlund had this to say:

“I think there is even more clear evidence that this is something that people really want. The honest answer is that we are absolutely actively looking at it. I can’t announce anything today, but you can expect us most likely to follow our fellow partners in Activision and other companies that have done this successfully.”

He also said that the quality of the remaster would be the paramount concern. “A remaster is something that you can just do or do it really well. I want to make sure that if we were to do it, we would do it really well and that people feel that it’s the same game but it feels so much better in this new shape and form.”

It wouldn’t be terribly surprising to see a Mass Effect trilogy remaster, especially with Mass Effect Andromeda on the horizon. We’ll just have to see what EA decides to do.

Harley Quinn and Deadshot to Appear in Injustice 2