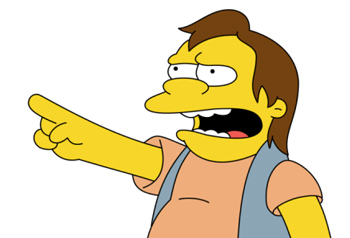 Begun the PR war has.

It’s that time of year again, folks. Another Call of Duty game is on its way and, as tradition dictates, it’s time for EA and Activision to have their annual slagging match. This year, EA has cast the first stone with a delightful tweet from global product manager Kevin O’Leary.

“Poor [Black Ops II], you look tired, you should take a year off and rest,” he wrote.

Now if I were the unpleasant, sarcastic kind of journalist, I would now point out that someone working for Electronic Arts, a company which invented, refined and perfected the art of milking franchises into horrifying dried-out husks, criticising another company for doing exactly that is akin to Jeffery Dahmer calling someone out on their poor hospitality. A bit cheeky, if you catch my drift.

It remains to be seen if this season’s clash of the publishers will be as exciting as last year’s. During the run up to the showdown between Modern Warfare 3 and Battlefield 3, both EA and Activision laid down some heavy zingers, pausing only to criticize each other for doing so before getting right back into it. It was hilarious, if a little sad.

Some argue that two of the industry’s most notable publishers going at each other in the PR equivalent of a schoolyard brawl sets a poor example to other publishers, embarasses the industry as a whole and encourages the annoying “Us Vs. Them” argumentative nonsense that makes gaming forums unbearable. What these people fail to understand is that schoolyard brawls are awesome.