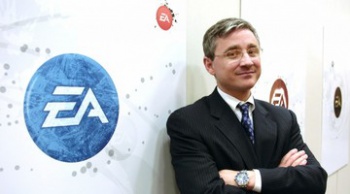 EA Labels President Frank Gibeau says a rumor that surfaced in April about the closure of the EA Partners publishing label is false.

Electronic Arts made significant cuts to its workforce back in April, reportedly resulting in the closures of PopCap Vancouver and Need for Speed: World developer Quicklime Games, as well as EA Partners, a third-party publishing and distribution arm that had handled games for Crytek, Epic, Double Fine and other studios. At the time, EA refused to confirm specific numbers or which operations had been affected, but now Gibeau says that while the division has been scaled back, EA Partners still alive and kicking and doing deals.

“We are absolutely open for business to partner with developers out there. In fact on mobile, as an example, with our Chillingo team, we just published three games this week,” he told Polygon.

As for consoles, the transition between generations has Electronic Arts focusing on its own titles rather than those of other studios, he explained, which is part of why EA Partners had to be scaled back. “We had, frankly, too much capacity inside of our EA Partners team to handle more projects than we were in position to want to have right now. That was what was the scaling back of it was,” he said. “But Partners is open for business.”

Foremost among the big-name titles EA Partners is currently set to publish is Titanfall, the first game to come out of Respawn Entertainment, which is slated for release in spring 2014.