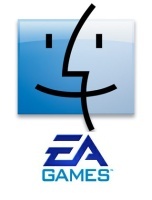 Electronic Arts has announced that four of its most popular titles will be released for the Mac OSX operating system.

The games are the first EA-published titles available for OSX, and will be followed by Tiger Woods PGA Tour 08 and Madden NFL 08, which are expected to be released in September or October. The company also offers much of the hugely popular Sims franchise for the platform, published under the Maxis name.