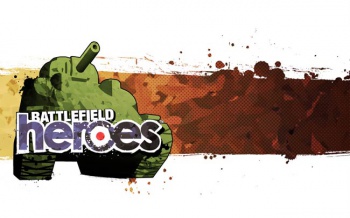 EA is closing down servers for the free-to-play PC shooter: Battlefield Heroes.

Additionally, three other F2P EA games – Battlefield Play4Free, Need for Speed World, and FIFA World – are also getting shut down. The games will be shuttered on Tuesday, July 14, 2015.

“In more than five years since most of these titles launched, how we play games has changed dramatically,” wrote EA Studios EVP Patrick Söderlund in a lengthy blog post. “Those of you who still have a balance of in-game currency are encouraged to spend it before the game is no longer available on Tuesday July 14th 2015. Additionally, from now until the closing date we will also be disabling the functionality to purchase Play4Free Funds, as well as the ability to register new accounts.”

“Battlefield Heroes is an older title that is not as popular as it once was. It has been a great experience, and we know some loyal fans will be disappointed, but we felt it was the right time to retire this veteran game.”

The blog does feature a short FAQ but it essentially sums up to “everything will be lost and you’ll never be able to play this game again. No refunds.”

So, that’s another four games forever lost to the ether, at least until some dedicated fans can figure out a way to bring them back from the dead.