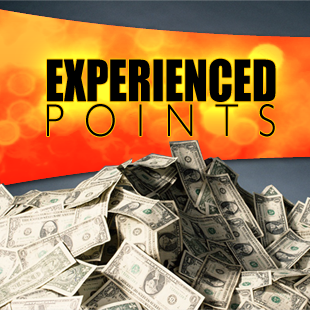 Ten years ago Valve Software was a medium-sized development house. They had one successful game (Half-Life) and a collection of expansions for it. They didn’t have massive cash reserves by today’s standards and they didn’t have any direct influence over the market. They were, in dollar terms, probably less successful than Mojang is today. But Valve anticipated a coming shift in the market (the move to digital distribution) and they figured out how to meet that need.

A decade later, they are now a multi-billion dollar behemoth. They own Half-Life, Team Fortress, DOTA 2, Portal, and Left 4 Dead. Every one of those franchises is critically acclaimed, commercially successful, and instantly recognizable, even to the point of spawning memes outside the gaming community. Valve controls an enormous majority of PC digital sales, holding a market share that looks like Microsoft Windows in the late 90’s. They’re branching out into selling software and they’re launching their own console. Their sales are so successful that people joke about how Steam sales make them poor by getting them to buy games they never knew they wanted and spend more than they ever intended.

Valve has done a lot of things to make a lot of money. You could even accuse them of being “greedy”. I mean, why launch Steam when they already had a successful and profitable game? Why sell indie games when they were already doing well selling AAA titles? Why launch a console when Steam is doing so well? Valve is purportedly sitting on a mountain of cash, and their customers love them. Nobody complains about how Valve is “greedy” for having sales, for selling indie games, or for making a console. Instead, people are lining up to give them cash.

Greed is not the problem.

Intellectual Property is the most valuable asset a videogame company can have. Talent can come and go. Machines and software are regularly replaced. But creating and maintaining titles and brands is how you make your money.

Instead of creating new, successful IP, EA is notorious for taking things which are already successful and demolishing them in a spectacular conflagration of offensive marketing, terrible gameplay, and joy-killing technology failures. Even with their vast wealth, they can’t seem to make a good game even when using an already successful franchise.

Dungeon Keeper failed both as a homage to the original game and as an attempt to jump on the free-to-pay mobile bandwagon. It tarnished a successful brand instead of building on its success.

Sim City was one of the most famous, beloved, and unique titles in the history of gaming, and in the space of a year EA buried it with a long campaign of gross mismanagement and bungled gameplay decisions. Analyzing the problems with the game could fill an entire column by itself, but the result speaks for itself: Sim City was a disaster and represented a massive waste of resources on the part of EA.

Valve’s marketing is notoriously charming, witty, and clever. Their Portal 2 ads went viral, with gaming sites scrambling to share them without Valve needing to pay for the “advertising”. Sure, they bought TV spots. But note the efficiency of the ad. We get the premise (testing) the gameplay (portals) the tone (dark comedy) and the characters (GlaDOS and the bots) depicted in just 32 seconds. Valve’s products don’t need a lot of marketing, but when they do Valve gets the most out of their advertising dollars.

In comparison, EA’s marketing is wasteful, clumsy, and frequently self-destructive. Their Sin to Win promotion for Dante’s Inferno was deeply offensive to a lot of people, and really doesn’t tell anyone about the game. The game itself was a brawler, and encouraging guys to sexually harass booth babes tells us nothing about the gameplay, the tone, or the characters. The only goal of the campaign was to generate buzz by creating controversy. I suppose it worked. Five years later, the only thing people remember about the game is how distasteful they found the marketing.

Dead Space 2 was relatively successful, but their decision to deliberately market an M-Rated game to kids was self-destructive, particularly since underage kids can’t afford AAA titles and politicians were making a lot of noise about violent videogames at the time. They were marketing the game to people that couldn’t buy it, offending people who could, and attracting exactly the kind of attention that gets your CEO dragged in front of a congressional hearing. Things didn’t go that way, but they easily could have. And the resulting bad press and worse legislation could have harmed the EA bottom line in a big way. And for what? A few minutes of hype?

Valve’s Steam platform (released in 2004) is the gold standard for digital distribution. It’s the iTunes of videogames, only with better software and market saturation. In contrast, EA Downloader (released in 2005) was a shallow joke. It would take EA a mind-boggling six years to replace EA Downloader with their Origin digital distribution service. When Origin finally arrived it was rife with fundamental shortcomings, despite the fact that they had lots of time, plenty of money, and they had a successful working model (Steam) to copy from. 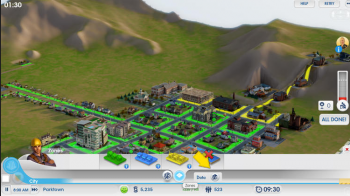 Valve is beloved by customers, while EA has been voted the worst company in America. Twice. Valve took a few millions and turned it into billions. EA took billions and failed to accomplish anything with it. Valve Corporation grows steadily, while EA has a new round of grievous layoffs every couple of years. Valve invented new and popular IP, while EA took already popular IP and turned it into bad press and disappointment.

On the production side of things, Valve is routinely viewed as the dream job of aspiring game developers, akin to the prestige of getting a job at Google. In contrast, EA has had repeated scandals involving their ghastly treatment of employees. The usual EA defense is that “People who make videogames are expected to work 16 hour days, and nobody put a gun to their head to force them to take a job at EA.” That’s true enough, but when Valve turns out stellar products with standard work hours and EA makes standard products with astronomical work hours, there’s clearly a major failing somewhere in the EA leadership.

I’m not holding up Valve as the perfect company. They make mistakes and unpopular decisions just like everyone else. But I’m using them as an example of what can be accomplished when a company knows their customers, knows their products, and understands how to use their resources. They’ve done far more than EA with far, far less.

EA is simple-minded, reactionary, out-of-touch, short-sighted, slow to correct mistakes, and are seemingly indifferent to public opinion. They’ve pissed away a fortune in potential revenue and tarnished the names of valuable franchises.

All of this is reflected in the EA stock price over the last ten years, which bobs up and down based on whether or not a Battlefield or Madden came out this quarter, but in general hasn’t gone up in any meaningful way. Think about that. They’re one of the biggest players in the fastest-growing entertainment business, with a treasure trove of established IP and numerous exclusive licenses, and they can’t generate growth?

The problem isn’t greed. The problem is that this company is incompetent. If I was a shareholder, I’d be out for blood. EA doesn’t need to change a few policies or fiddle with their org chart. They don’t need another game of musical chairs in the boardroom. They need an executive bloodletting and a transformation of company focus. Until then, they will continue to be a meatgrinder that turns talent and potential into outrage and disappointment.