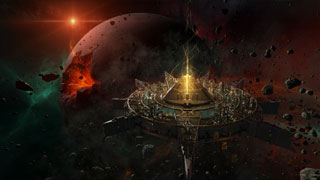 There’s another game for fans of 4X strategy to check out, as Endless Space 2 left Early Access yesterday, one day ahead of schedule.

Endless Space 2 has been in Early Access since October of last year, but it was scheduled for a full release today. But developer Amplitude Studios decided that wasn’t good enough, and released it yesterday, one day early.

As part of moving out of Early Access, Amplitude has rolled out a massive launch patch for the game. There have been plenty of reports of bugs and other issues during the Early Access period, and while this patch seems to address a lot of stuff (it’s a HUGE patch – see the patch notes here), there are still a number of known issues.

Also, if you’ve been playing in Early Access, you should know that none of you previous saves will work in the newest version of the game. Amplitude says,

“REMINDER: Old saves are no longer compatible with the game! We’ve removed a lot of old files that were only kept in there to keep the saves working between beta versions. We’re now removing all that to start with a clean slate!

We strongly recommend you delete your Registry.xml file. It is normally located in: C:Users[yourusername]DocumentsEndless Space 2Users”

If you’re playing the newest version of Endless Space 2, let us know what you think of it in the forums!

Destiny 2 Coming to PC After Console Launch, No Release Date Confirmed Yet

Destiny 2 to Have Unlocked Framerate and 4K Support on PC, but No Dedicated Servers