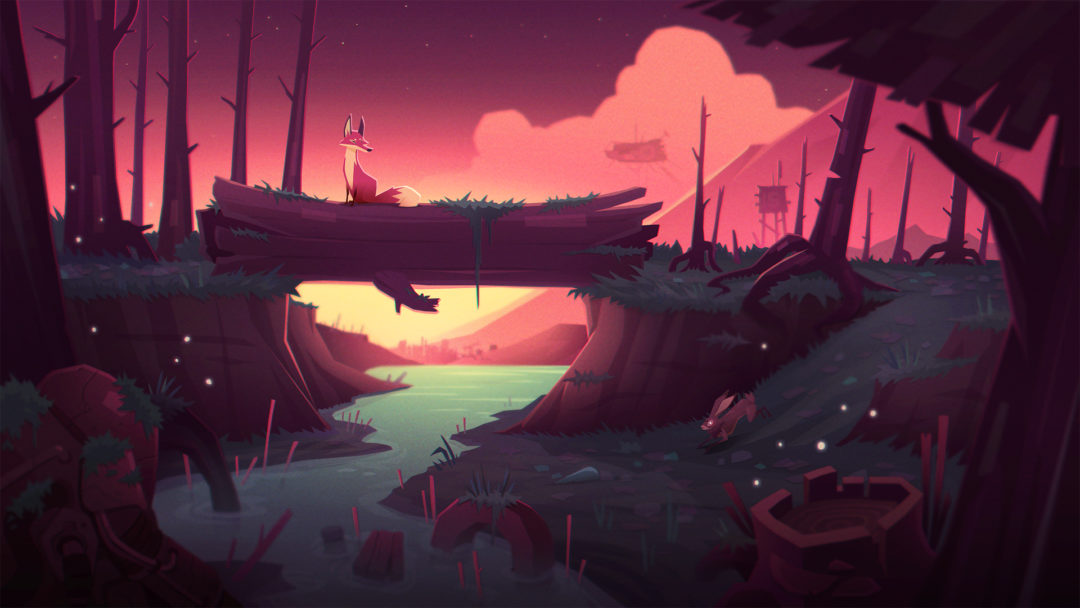 In less than a minute, Endling’s teaser trailer manages to commit to a heavy tale that looks both intriguing and necessary. The Spain-based Herobeat Studios debuted the game’s teaser trailer last November, thus showing off Endling’s art style, world, and a family of foxes that is desperate to survive. And since Herobeat Studios is headed to Gamescom, it seems likely we will finally see more of the game there.

Herobeat has only released the one trailer for the game, but the studio’s Twitter account has plenty of glimpses into Endling’s brutal world.

Other than the harsh environments players are pitted against at every turn, it looks like those who pick up the game will lead a number of younger foxes through dying landscapes and dangerous enemies. Survival requires stealth, scavenging, and endurance while navigating Endling’s 3D sidescrolling forests.

Moral dilemmas will also come into play to coincide with the game’s heavy pro-environmental themes.

She would never leave them behind! Would you?

Teases show off a setting that is practically post-apocalyptic, and per the developer’s website, a “mind-blowing” soundtrack will accompany players as they “discover and experience human impact on the Earth.”

Endling’s release date is pinned for Q1 of 2021 on consoles, Mac, and PC, and we will hopefully learn more about the game at Gamescom.

Another G.I. Joe Spin-Off Movie in the Works, Will Feature Chuckles

GreedFall Will Offer Over 30 Hours of Gameplay, Multiple Endings