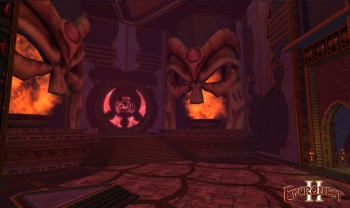 Hot on the heels of the last expansion for EverQuest II, Sony Online Entertainment has revealed a new, even bigger, update for the game.

Sony Online Entertainment has just revealed the latest expansion for EverQuest II, hot on the heals of February’s Destiny of Velious. Dubbed The Children of War, the expansion is boasting quite a bit of new content for those who inhabit Norrath.

Believe it or not, The Children of War is actually the 60th update for EverQuest II. That said, it’s a big one. The expansion will include three new dungeons, new PvP armor, new daily missions, and three new raids. On top of that, it’ll provide a pretty big expansion to the game’s storyline:

The plans of Rallos Zek are beginning to come to fruition and the mighty Fortress of Drunder, which once sat within the Plane of War itself, has appeared on Norrath, and now rests high above the Kromzek city of Kael Drakkel. From Drunder, Rallos Zek plans to rally his war parties, scale the massive sheer cliffs leading to the Western Wastes, and execute his plan to steal the power of Roehn Theer. It will take bold and daring adventurers to enter the fortress itself, unlock the secrets to the salvation of Norrath, and thwart the destructive agenda of the God of War.

The expansion is set to launch on May 17th. If it’s been a while since you last logged into the game, SOE is offering inactive players the opportunity to play for free from April 14th to April 21st.