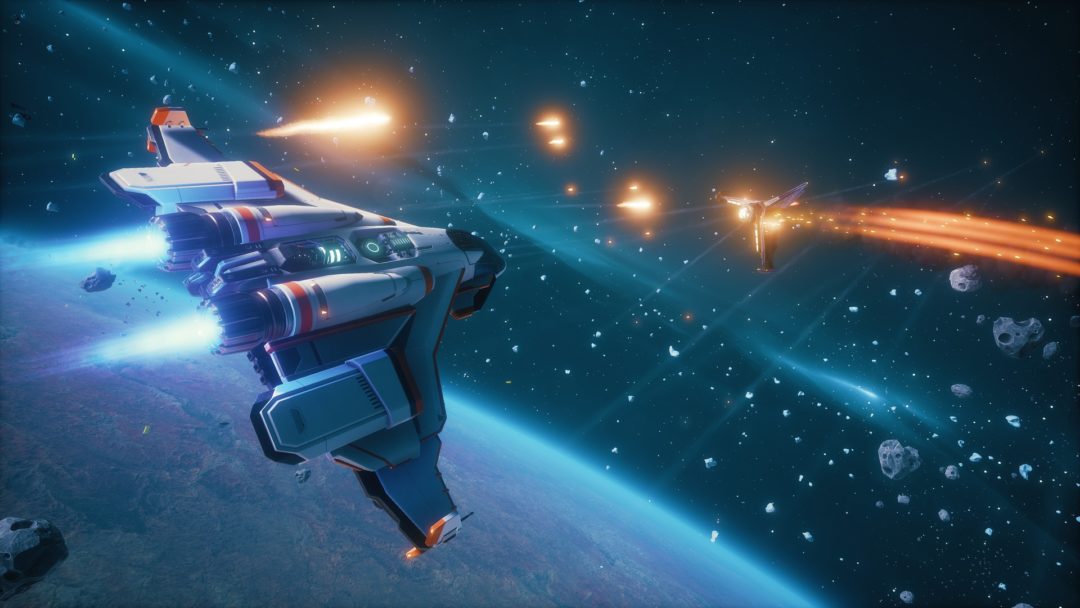 Everspace studio Rockfish Games is gearing up to announce its next project.

The new title will evidently be an evolution of the formula established with space combat roguelike Everspace. The upcoming game is teased to be “an open-world space shooter with classic RPG elements,” which will inherit some of Everspace‘s high-saturation audio and visual style. The project is described as single-player and will feature “persistent progression” in some fashion.

“There will be lots of exciting things to discover,” Rockfish teases on the official Everspace site. “From wacky aliens over mysterious space anomalies to a wide variety of enemies who will stand in your way in the everlasting quest for better loot; our new game will get down to business right away, and space will look even prettier than ever.”

The rumors are true: We have been working on a new #spacegame for quite a while. Check out our teaser website https://t.co/0mATEnisXX and subscribe to our #newsletter for the big announcement of our upcoming #openworld #space #shooter at #gamescom on Aug 19. @indiegamelover #UE4 pic.twitter.com/v2FXo5bpNe

New information about the still-unnamed game will be revealed on Aug. 19, per a countdown timer on the Everspace site. Rockfish Games will be at Gamescom in Cologne from Aug. 20-22, where this new title will be available for press to try out for the first time.