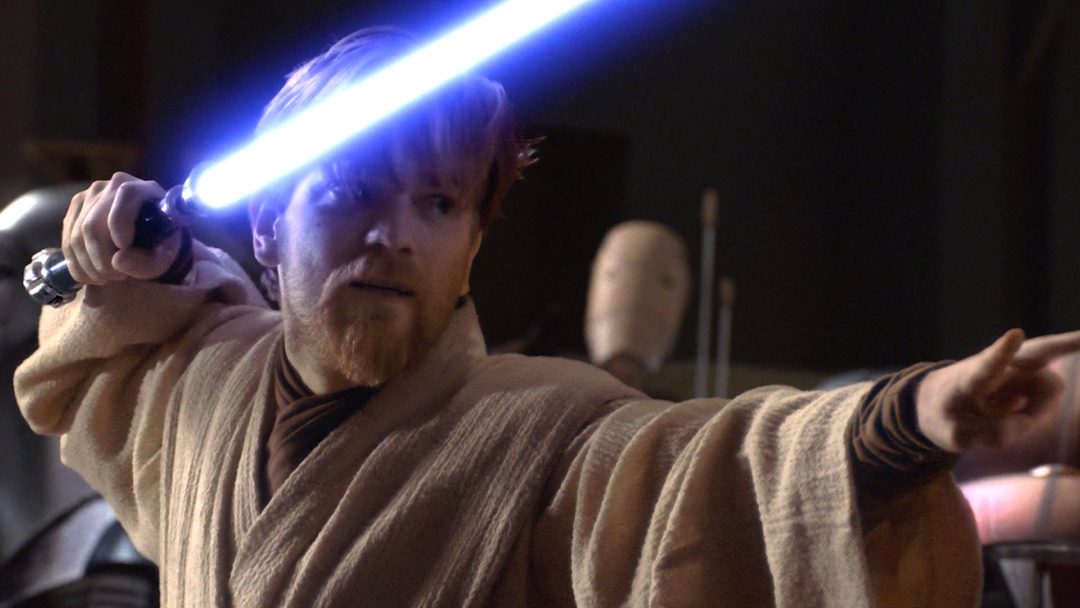 Like a true Jedi Master, Ewan McGregor has shown up and waved his hand to calm the minds of us all. The actor has said that the complete shutdown of the new Disney+ show based on his character Obi-Wan Kenobi will not affect the release of the show. Of course, there was no release date set anyway, so it makes it easy to claim that.

(The Obi-Wan show has) just slid to next year, that’s all. The scripts were really good. I think now that Episode IX came out and everyone at Lucasfilm’s got more time to spend on the writing, they felt like they wanted more time to spend on the writing … I’ve read about eighty, ninety percent of what they’ve written so far, and it’s really, really good. Instead of shooting this August, they just want to start shooting in January, that’s all. Nothing more dramatic than that. It often happens in projects, they just wanted to push it to next year. It will have the same release date, I don’t think it will affect the release date. They’re still shooting towards having the film [show] release when it was going to be originally.

Shooting delays like this do often happen, of course. The bold headlines of the entire Obi-Wan Kenobi show crew being sent home were making it sound like that isn’t what would normally happen with a delay. However, the suddenness with which this happened, the franchise of which this is part, and the fact that it came after the “disappointing” box office from Star Wars: The Rise of Skywalker made this a bigger deal.

Reports also claimed that Kathleen Kennedy herself caused the Obi-Wan Kenobi delay after not liking the way the scripts were turning out. It sounds like the delay won’t cause any issues for the release in the long run, but script quality may still be an issue. Thankfully, we all have the final season of Clone Wars to tide us over until the show releases, whenever that may be.

Star Trek: Picard Episode 1 Brings Back a Hero Just as We Remember Him