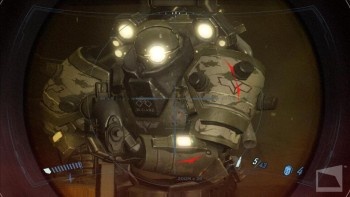 F.E.A.R. 2: Project Origin will still have that same great J-horror taste you love, but Art Lead Dave Matthews says other influences will make themselves felt in the game, including current horror trends from the U.S. and even Eastern Europe.

“Alma is the result of our biggest inspiration from films. She’s clearly from Japanese horror, and the notion of taking what you expect to be innocent and harmless and turning it into this amazing destructive force,” he said in an interview with Gameplanet. “But for F.E.A.R. 2 we also draw a lot from the current trends in Eastern European and American horror which do some really cool stuff to scare audiences. The story in the F.E.A.R. universe is maturing much like Alma, and with that maturation we needed to evolve the experience.” New influences on the game include the Nightwatch and Daywatch series, High Tension and even Saw, he added, saying, “We pulled some fabulous things from them that fit really well with the great recipe for horror that we had in F.E.A.R.“

Alma’s newfound freedom will manifest itself in a more “intimate” experience for the player in F.E.A.R. 2. “Alma is a more active antagonist now. She’s a lot more aggressive, and she’s going to touch you more. Alma was freed from her prison at the end of the first game, and as such her needs have changed. Her interactions with the player reflect these new needs,” he said.

Horror may be the game’s most identifiable characteristic, but combat is the foundation upon which all else rests, a fact not overlooked by Monolith. While some weapons, like the Penetrator, will be back for the sequel, Matthews said the developer took things further by adding a new dimension to how guns actually work. “We brought an armor penetration value to each weapon,” he explained. “For instance, the pump shotgun has a high damage value, but a low armor penetration value. This means it’s great for your standard troops, but starts to have less and less effect against those with heavy armor. Whereas a rocket launcher has a concussive element to its damage, all of these factors will play out in how the enemies will react to you and being hit.”

Matthews also did his best to allay the fears of PC gamers who may be worried that F.E.A.R. 2 will be “consolized” because it’s being simultaneously developed for the Xbox 360 and PlayStation 3. “Because we are developing all three versions of F.E.A.R. 2 in tandem, this allows us to take advantage of the strengths of all three platforms,” he said. “We aren’t building the game on a primary SKU and porting to the others. Each platform is treated with a goal of synonymy, as an example, when a piece of art is generated we make sure that it works as intended on all three versions.”

F.E.A.R. 2: Project Origin is set for release on February 10 in North America, and February 13 in Europe and Australia.