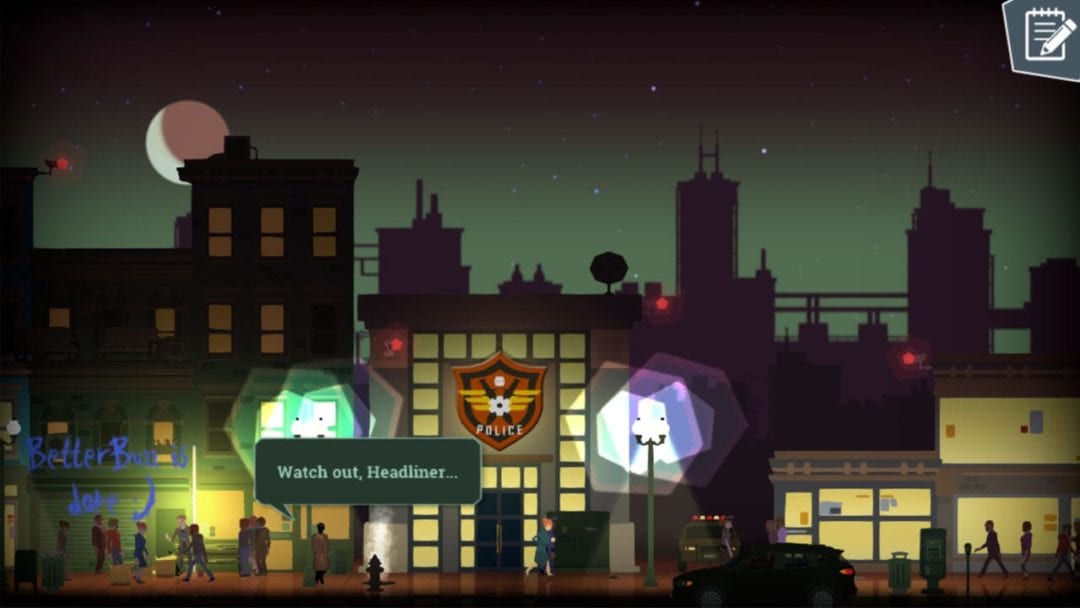 I was gravely burned out after my first two indie games. The first did better than I expected, getting through Steam Greenlight back when it was a thing. Rest in peace quality assurance. The second flopped so hard I literally threw away three-quarters of my possession, packed my bags, accidentally set a trash can on fire, and went backpacking around Europe for two months.

I was trying to get over depression and re-discover how to enjoy making games again. I created several terrible prototypes, which are still buried somewhere on Game Jolt. Then, my friend Matt threw out the idea of a game where you’re a news editor deciding what gets published and what gets buried.

The first take on the story was a futuristic allegory about the persecution Jews faced leading up to World War II and the riots of Kristallnacht. It was multi-layered. It was deep. It was meaningful.

And everybody hated it.

The news stories were hard to relate to, the fast gameplay clashed with the slowness of reading articles, the street section was repetitive, and your spouse was probably the biggest asshole I’ve ever written. But there was a silver lining: #FakeNews started happening, and I realized I had a game that was about to become very relevant.

I kept the premise of being a news editor in a futuristic, genetically modified society and threw away everything else. Since no one liked the first version, I had to figure out what people did like. So I went to our friends at Facebook and Google who Care About Your Privacy™, and mined the hell out of their ad data.

I wrote a whole article about that if you’re curious, but to sum it up I figured out what social and political issues my target demographic — 20-35 year olds in the U.S. and Europe interested in activism and video games — was most interested in at the time. The in-game marriage rights dispute was a mirror of the LGBTQ struggle for equality. The incoming immigration wave was an allegory of the Syrian Refugee crisis in Europe. The hard choice between healthcare for your spouse and cheap education for your daughter stemmed from both topics being an ever-present debate in the U.S.

But the real message of the game wasn’t any of that. It was something you would only learn after playing it multiple times as was intended since the game is deliberately short with an approximately 45 minute play time and multiple endings. I was going all the way back to the things I learned from living all across the globe earning a masters degree in comparative ethnic conflict.

At its core, Headliner is a game about a divided society with a genetically modified majority and unmodified minority. Through your news channel, you can either give voice to the group that is discriminated against or marginalize them even further, a scenario inspired by the excellent movie Gattaca. Allusions to ethnic genocide as well as the U.S. civil rights movement were no accident either.

The new story was multi-layered. It was deep. It was meaningful. And not as many people hated it.

No matter which side you picked, bad things would happen if you pushed their agenda to the extreme. There was also a centrist route, but it came with other problems. The game was designed to never be “winnable.” For every good outcome, there is a bad one. Sure, you can get what you want, but it will always cost you.

The game provides no objectives. It simply asks what do you care about most? Will you prioritize your career,  your family or the well-being of society? We also had a cool feature where you should share the summary of your unique ending combination directly via Twitter. Just look up the hashtag #IamHeadliner and draw your own conclusions about humanity.

Headliner was released on Oct. 3, 2017. It received reviews, it was played by humans. It transferred money into my bank account. I started tinkering with a new Unity project, finally announcing a sequel that is a prequel — Headliner: NoviNews.

The new game changed subjects from dealing with a divided society to questioning the very nature of truth. The game’s slogan is “Control the News, Control the Truth.” We live in an age when facts in media are subjective. At the time of this writing, the U.S. has a president blaming Democrats for a government shutdown despite having been recorded on video taking credit for the shutdown. It no longer matters what the truth is — it only matters what people want to believe.

Many of the questions in the game go deliberately unanswered, because the answer doesn’t matter anymore. All that matters is what your news channel tells people. History is written by the victors, and the present is written by the media. We made sure each option is validated. Each of the main three characters has five separate endings, and even your pet drone has a secret ending all to itself.

As with the first Headliner, I had to rewrite the story halfway through because people hated the first version. But unlike before, I didn’t have to do a research phase. I simply watched the news for inspiration. There were several points where we’d implemented a dramatic, plot-twisting ending, cackling and twirling our imaginary villain-moustaches, only to learn that Trump actually did the same thing in real life a week later. Immigrants being sent to internment camps? That was OUR idea! But Trump went ahead and separated kids from their parents.

Spending the past two years working on both Headliner games was an interesting journey. The creative process drew so much from political and sociological theory and incorporated hours of historical and demographic research. It was a genuine attempt at deep introspection, questioning the player’s own biases, while commenting  on the volatile nature of truth and the follies of authoritarian propaganda. It’s also a game that pushed further and further into absurdity, but ultimately failed to outdo reality. Half of the copies probably sold solely because there is a dog on the cover.

It’s hard to avoid making a political statement when your country is a trainwreck and you are one of the passengers. But that’s always been our goal —- to make a game about the nature of media rather than the subject of it. Did we succeed? Considering one of my favorite negative reviews complains the game simultaneously punishes you for being liberal and being conservative, I think we struck a good balance. 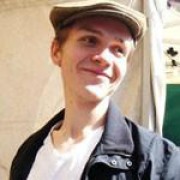 Jakub Kasztalski
Jakub is a half-Polish half-traveling independent game developer currently living in Seattle. He’s lived all over the world working on games, storytelling, and even cinematography at one point after studying humanities and ethnic conflict, all of which inspire his creative works.