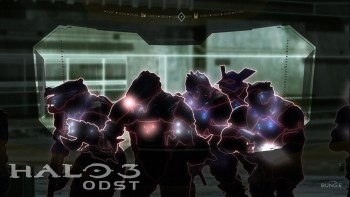 I don’t think anybody can say that Halo 3: ODST hasn’t been well-received thus far – MetaCritic may not be the best judge here, but an 85% average is still hard to ignore – but there does seem to be an issue looming large in every review (including the only one that matters, of course): The price point.

Many reviewers and average forum-joes alike have called the game out on having a shorter-than-normal campaign that might not be worth $60, but Bethesda’s Ashley Cheng disagrees. In a post on his blog, Cheng lays the blame squarely at the game’s unclear marketing:

Microsoft and/or Bungie totally bungled the marketing on this. First saying it was a standalone expansion pack, then coming out and saying wait, no, we’re charging full price because – surprise! – we put “more” stuff in it and it’s called Halo ODST now, vs it’s original title, Halo Recon. Like Microsoft was ever going to sell this for less than full price. It is a new Halo title, it’ll sell like hotcakes no matter what.

Because of the waffling, reviewers are now mentioning that Halo ODST may not be worth the price point, that it should’ve been cheaper, etc… Give me a break. First off, most games – especially first person shooters – are anywhere from 5-10 hours. Tops. What makes Halo different from others? You can’t just ping Halo ODST for it. I bet if Microsoft hadn’t screwed up the marketing messaging, there would less talk about pricing.

Indeed, it’s the “expansion pack” stigma that seems to be overshadowing the whole deal with ODST. Cheng may have a point – once the game was dubbed as an expansion pack by Bungie and Microsoft, convincing gamers that it was ever anything more might have been too hard of a sell, even for Microsoft’s experienced marketing team.

It’s an interesting statement, particularly when you consider who it’s coming from: Neither Oblivion nor Fallout 3 could really be accused of having too little to do. So this isn’t a case of “hey, our game was short too, so stop giving Bungie crap!” I find it hard to disagree with Cheng’s point here – had the message about ODST been consistent from the start, perhaps people wouldn’t be feeling like the game was … well, like it was mis-advertised.

What do you think? Does Cheng have a point, or would ODST be raising grumbles no matter what Microsoft marketed it as?