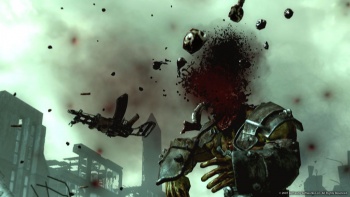 “Fallout 3 has been the biggest project we’ve ever undertaken,” said game director Todd Howard. “It’s been a long journey and we’re really happy with how it turned out. We can’t wait for everyone to get a chance to play it.”

The Fallout 3 FAQ has also been updated with the confirmed minimum and recommended system specs for the game, which are as follows:

A full list of supported video card chipsets is also available at the FAQ.

Rated M (Mature) by the ESRB, Fallout 3 is set for release in North America on October 28, followed by Europe and Australia on October 30 and the U.K. on October 31, for the PlayStation 3, Xbox 360 and PC.