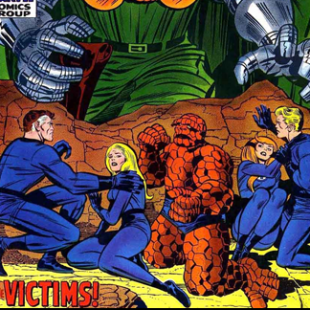 Kate Mara’s publicist is now saying that quotes attributed to her were misunderstood, owing to a bad translation.

Actress Kate Mara, soon to play Sue Storm in Josh Trank’s upcoming Fantastic Four reboot, was misquoted when she appeared to confirm that the film will be everything that makes a terrible comic book movie, well terrible, her publicist has said.

The House of Cards actress was interviewed by Esquire Mexico recently and, when asked about Fantastic Four, apparently claimed the film’s connection to the 50-year old comic series will be in-name only. “I’ve never been a fan of comics, I’ve never actually read one,” Mara was quoted as saying. “I was going to for this movie but the director said it wasn’t necessary. Well, actually he told us that we shouldn’t do it because the plot won’t be based on any history of anything already published.”

That sounds indeed very troubling, especially when considered alongside comments by Fantastic Four producer Simon Kinberg that the film will be “a much more grounded, gritty, realistic movie than the last couple.” Frankly, if there’s one set of comic book super heroes could never be described as “gritty” or “realistic”*, it’s a team inspired by science heroes of the pulp era, consisting of a living rock, a man who can stretch himself to infinity, an woman with invisibility powers, and a guy who can burst into flames at will.

Obviously, Mara herself doesn’t come out looking bad. She admitted she isn’t a comics fan, and that she was going to start reading the series for context after winning the role. But the revelation that the creative team responsible for bringing a new version of Marvel’s First Family into the world are apparently planning to completely disregard the source material makes the film look botched from the start. Understandably, the reaction from fans was exceptionally negative (just see our forum discussion), hardly the pre-release buzz Fox was hoping for.

However, the interview made its way into the English language Internet via a post on Comic Book Movie that relied on google translate which, as we know, does not always provide the most accurate version of a given statement. And as it turns out, that seems to be the case here. Mara’s publicist, responding to an inquiry from EW, our forum discussion that what Mara actually said is that the film won’t be based on any single storyline from the comics, but will instead be drawn from the whole canon.

So, perhaps this thing won’t be a pile of crap after all. Of course, that still doesn’t account for the fact she was told not to even bother reading the comics (something not disputed by her publicist), and we still have to contend with the ridiculous idea that you can make the Fantastic Four “gritty” and “realistic”, which means there’s still a strong chance this film will be terrible. But if it’s going to suck, at least it won’t suck due to being an in-name only adaptation.

* I do think such a film could be “grounded,” if they’re using the same definition of the word I am. Just because the premise is fantastic (zing) doesn’t mean the characters can’t be written as complex, fully fleshed out people.

Via The Mary Sue.