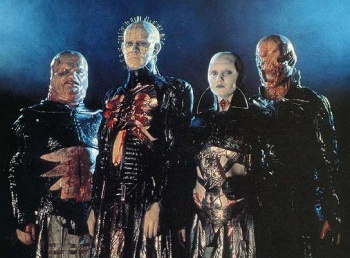 We are now closer than ever to a game based on The King’s Speech.

The Weinstein Company, known for fostering some cult hit films over the years such as Halloween and Hellraiser in addition to this year’s winner of the Oscar for Best Picture, has gone and created a spiffy new videogame label, TWC Games.

TWC Games is consulting with Beefy Media, a videogame production company, to gain publishing deals. Beefy Media is headed up by ex-director of production at Capcom, Adam Boyes. “I share their vision for creating very high quality content for the marketplace,” said Boyes about the new label.

While it’s currently unknown as to whether or not TWC Games will produce games based on existing films or create entirely new IPs, the press release only makes mention of existing horror franchises under The Weinstein Company flag. It wouldn’t be at all surprising if TWC Games pursued creating titles intended to scare the pants off players.

Games under the new label could appear on any available platforms, ranging from social networks to consoles. Co-chairman of The Weinstein Company, Bob Weinstein expressed his enthusiasm about the new label, “With all of the digital platforms, there are so many opportunities to broaden our audience with compelling, high quality, cost-efficient, videogame entertainment,” said Weinstein.

Boyes and the rest at Beefy Media have helped bring past Capcom titles to fruition such as the Bionic Commando reboot as well Dark Void and a variety of other downloadable titles.

Upcoming Doctor Who Novel Based on Unfilmed Douglas Adams Episode