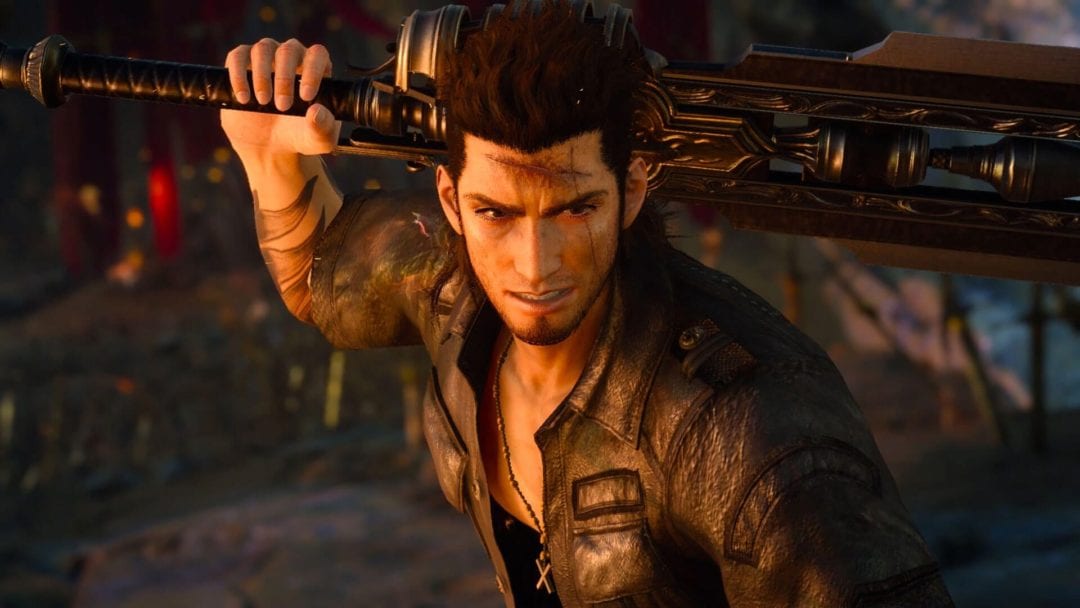 Final Fantasy XV was the most disappointing game of 2016, an impressive feat given this was the same year that saw The Last Guardian, Tom Clancy’s The Division, No Man’s Sky, Street Fighter V and Star Fox Zero slither onto shelves to the collective disillusionment of everyone who has ever been excited about video games, or indeed anything at all, ever. Final Fantasy XV is relatively unique in the pantheon of disappointing single player games, however, in that Square Enix’s iron-willed desire to get its goddamn money back essentially transformed it from a disappointing game to a $60 base platform for a series of poorly planned DLC updates. Much of that DLC is now cancelled, effectively making Final Fantasy XV a contender for the most disappointing game of 2016, 2017 and 2018.

That’s a shame because I really wanted to like it.

Final Fantasy XV’s production is a fascinating topic worth the kind of deep dive journalism that you won’t find in my angry man whines about games column, so I’m going to focus on the game Square Enix actually released. Calling Final Fantasy XV “unfinished,” is unfair. Metal Gear Solid V: The Phantom Pain was unfinished. Soul Reaver was unfinished. Final Fantasy XV was a skeleton scarcely held together by animated tie-ins and Cup Noodles sponsorship money. The game’s intro, a beautiful, understated slow burner set to a fantastic cover of “Stand by Me,” immediately gave way to a series of fetch quests so banal you’d be forgiven for thinking they were part of some elaborate parody.

The wild inconsistency in tone, presentation, polish, and framerate was the only consistent thing in the game. The combat was frantic, lush, and completely lacking in anything that even approaching depth. Sometimes, for no discernible reason, a magnificent lightning avatar would lay waste to literal miles of beautifully rendered woodland, annihilating every enemy in sight in an orgy of light, color, and sheer “fuck you look how much we spent on this” visual excess. This was great, except sometimes he did it when I only had one enemy left in an encounter and I’d end up spending a couple of minutes watching a literal god blow up an angry horse for seemingly no reason. Every new mechanic the game introduced looked like it’d had 10 years’ worth of visual polish and about 10 minutes’ worth of playtesting. It was a random mishmash of ideas that, despite some heroic last-minute tweaking from the dev team, just ended up undermining each other. The fishing, on the other hand, was bloody great, and the game has the most beautifully rendered French toast I’ve ever seen in a video game. Priorities.

But by far the biggest victim of Final Fantasy XV’s protracted, aimless development cycle was its narrative, which was so obviously cobbled together from the handful of story beats that were complete when development of the game ended (for the first time) that it borders on the avant-garde. Most of the time, the game seemed blissfully unaware of these holes in its own story as it cheerfully plucked characters from the ether and insisted upon their vital importance to the plot before forgetting about them completely the second the cutscene they appeared in ended. Yet, there’s also these weird moments of seeming self-awareness. There’s a scene set in a reactor that is melting down (as we’re told in two lines of unvoiced text after one of the game’s multiple interchangeable dungeons) that has two main characters exchanging knowing quips about how obvious an upcoming twist is. At times like that, the game came off as a kind of abridged version of itself from a different universe. Even Square Enix’s decision to relegate huge chunks of the essential world building to a simply ridiculous amount of tie-in projects and spin-offs, including a goddamn theatrical movie, seemed less like an attempt to capitalize on the game’s hype and more like a desperate bid to fix its story by any means necessary except giving the developers more time.

Thus, Final Fantasy XV was released in 2016, and thanks to a warm critical response, a decade of hype, and millions of dollars in advertising it sold exceptionally well, setting records for the franchise. Apparently it made back its development budget, though I’d take that claim with a pinch of salt if I were you. 10 years of game dev salaries is a lot of money, but I think it’s a fair claim that the game had a wealth of untapped potential  that still hasn’t been reached even after nearly three years of updates.

The initial free patches that shored up the game’s narrative were promising, even if they were the equivalent of a Band-Aid on a shattered spine, but things started to get more bizarre from there. Square Enix’s commitment to the game was commendable in a “we can’t afford for our flagship franchise to have five bad games in a row” kind of way, but also clearly demonstrated how the publisher has lost touch with Final Fantasy fans.

Short character-based spin-offs are pretty far from the big picture narratives the series is known for, but at least they’re somewhat in the RPG wheelhouse. But who are these Final Fantasy fans who want VR shooting mini-game spinoffs and multiplayer campaigns? The last piece of DLC is supposed to explain the motivations of the game’s main villain, something I’d perhaps have preferred over weapon packs and car decals. But what I really would have liked is a finished game at launch.

Ultimately, the most frustrating element of Final Fantasy XV isn’t that it was a bad game, but that it was a bad game with a ton of potential. There’s a brilliance to the bro road trip as a JRPG conceit and there’s chemistry between the main cast that transcends the game’s butchered story. It’s quite fitting that the second season of DLC was supposed to include an alternate scenario where the heroes of the story defied their fate and got the ending they wanted.

Unfortunately, that DLC was canceled.

Grey Carter
Grey Carter has been writing comics, reviews, and news reports for ungrateful gremlins on the internet for the best part of fifteen years. He has excellent taste in videogames and the comment you're about to leave is probably wrong.

Does James Bond Have to Be White?