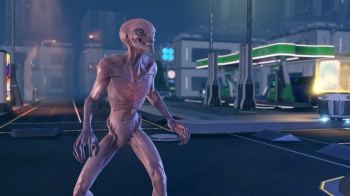 XCOM: Enemy Unknown came to a variety of platforms, but XCOM 2 will be strictly PC affair.

When Firaxis surprisingly revealed XCOM 2 earlier this month, what was equally surprising was the fact that it would be a PC exclusive, considering the fact that Enemy Unknown came to a wide variety of platforms. Now, developer Firaxis has explained to IGN why the sequel absolutely had to be a PC exclusive, and why you shouldn’t hold your breath for a console release.

“Our expertise here is PC. That’s our home, and that’s where we’re really comfortable,” said XCOM 2‘s Creative Director Jake Solomon. He explains that when his team set to work on an XCOM sequel, it set some pretty lofty goals – high-fidelity characters and environments, better-looking destruction, physically based rendering, and of course, procedural generated maps. He said that the only way the team could pull this off was by focusing on the single platform that it had all its expertise on.

“When we have our meetings, when we talk about stuff, we only talk about PC,” said Solomon. “We talk about ‘What is the experience like on PC? What does the mouse feel like in this experience?'” He explains that this means that the entire XCOM 2 experience was built with the PC gamer in mind. Some examples of this include the optimizing the interface to be mouse-and-keyboard friendly, and displaying a lot more detailed tactical information on screen, as Firaxis can count on players sitting close to PC monitors (rather than far from their TV screens) and being able to read smaller text.

So for Xbox One and PS4 owners looking to get their hands on XCOM 2 – while Solomon didn’t completly rule out the possibility of a console version, as he did state that Microsoft and Sony’s new boxes were “technically” powerful enough to run the game, he did say that it isn’t even something the team is thinking about at this point in time.

8 Great Games that have Horrible Protagonists