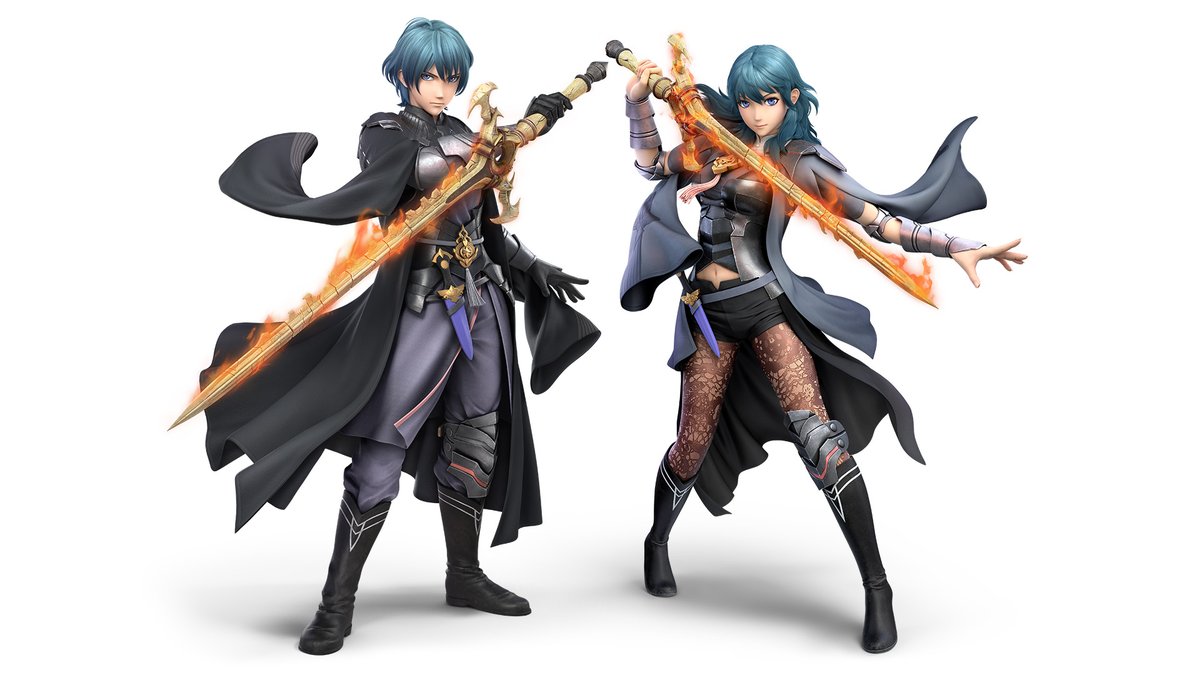 During a livestream today, Super Smash Bros. Ultimate director Masahiro Sakurai revealed that the fifth and final member of the first Fighters Pass is Byleth from Fire Emblem: Three Houses.

Both male and female versions of the Three Houses protagonist will be available on Jan. 28 for $5.99 or as part of the Fighters Pass. Byleth has four different weapons at their disposal including the Sword of the Creator, the lance Areadbhar, the axe Aymr, and a bow called Failnaught. The character’s Final Smash will see the character team up with Sothis to launch an attack together. Alternate color variations will be based upon the leaders of the three houses, Sothis and two variants with alternate green hair styles.

Arriving with Byleth is a new stage called the Garreg Mach Monastery. It is comprised of several locations that player will travel to including the marketplace that has characters from the Blue Lion House, the Reception Hall that features Edelgard and two other Black Eagle House members, and a bridge with Golden Deer House characters. The final area is the cathedral, which features Officers Academy instructors Seteth, Rhea and Flayn. It has a simple layout and is perfect for final confrontations at the end of a match.

New musical tracks include the Fire Emblem: Three Houses main themes in English and Japanese. The rest of the new arrangements include “Fódlan Winds,” “Blue Skies and a Battle,” “Tearing Through Heaven,” “Chasing Daybreak,” “Between Heaven and Earth,” “Paths That Will Never Cross,” “The Apex of the World,” and two versions of “The Edge of Dawn (Seasons of Warfare).”

Byleth marks the first Nintendo character to be a part of the Fighters Pass as the rest were from third-party franchises. The first character of the pack was Persona 5‘s Joker, who released in April 2019. Next was Dragon Quest‘s Hero in July 2019 and Banjo and Kazooie in September 2019. The most recent addition was Terry Bogard from Fatal Fury.

While this marks the end of the first Fighters Pass, Nintendo confirmed that a second Fighters Pass is in the works and will include six characters. It will be available for purchase on Jan. 28, although there is no timeframe for the first new character. Sakurai noted that all characters have already been decided. A bonus is included as players that buy the pass will receive a Mii costume based upon the ancient soldiers in Breath of the Wild.