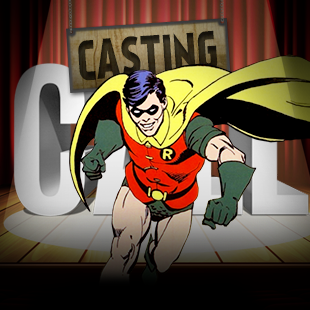 Warner Bros has been trying to inject Robin into the Batman multimedia juggernaut ceaselessly since about 1990. They pushed for the character to be in the Burton films, they called for a redressing of the famed “Batman: The Animated Series” to be rebranded as “The New Adventures of Batman and Robin,” and supposedly they nearly begged Christopher Nolan to bring the prototypical sidekick to his Dark Knight trilogy. It makes sense fiscally; Robin is a kid, and if you want to sell merchandise to kids you have to give them a character they could relate to or imagine becoming.

In terms of live-action film, there’s never been a successful Robin interpretation. This is for many reasons, including a lack of child stars up to the task, directors willing to try, and more importantly there’s never been much narrative reason. But with the new interconnected DC cinematic universe, Robin has become a character worth talking about again. Per the Batman V. Superman: Dawn of Justice trailer, Ben Affleck’s older wounded Batman counts the death of Robin among his failures just like Frank Miller’s interpretation. So in this new movie universe, at least one Robin has existed.

But how to tell the story of Robin amid all the crazy, god-like shenanigans of the Justice League or the gonzo antics of the Suicide Squad? The answer for some might be the live-action Teen Titans television project that TNT recently passed on, but I think a movie centered on the Robin mantle and the different young heroes who have inherited it would be best. Maybe as the newest Robin trains to take over the position we get to see the evolution of the character from the 1960s “Boy Hostage” to the complex relationships forged between the DC universe’s most complicated man and the younger companions he surrounds himself with. It would lend great psychological depth to the Affleck Bat, his history with the Joker, and how he’s become the jaded and angry force of nature that Zack Snyder is (seemingly) crafting.

Who would play all these little chums?

Dick Grayson was the first Robin, and is special beyond mere precedent in that he’s also the only Robin who has successfully grown up and moved on from the persona. As Nightwing, Dick has shed the shadow of the Bat in favor of fighting crime his own way in nearby Bludhaven. But while he wore the R on his chest he was the wiseacre sidekick, usually poking fun at villains in order to provoke their stupid tendencies. He was Batman’s secret weapon in more ways than one: he was a conscience, he was camouflage, and he was a still-hopeful surrogate for the orphaned little boy who died inside many years ago.

Brody is perfect for a Nightwing-era Grayson. Perhaps acting as a mentor for the incoming Robin, he could project the trademark joke-y charm that the OG Boy Wonder kept in the comics. Brody’s affability is what originally got him cast as the Flash in George Miller’s 2007 Justice League film that never happened, and his easygoing chatterbox routine has made him memorable since his days on “The OC.” His Dick Grayson would be the man that Bruce Wayne could never be: a man who actually knows who he is without the mask. 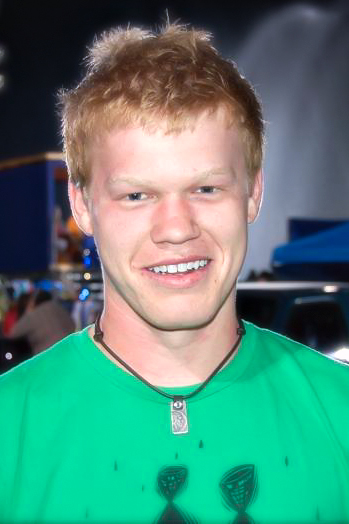 Jason was the wrong-side-of-the-tracks punk who replaced Dick as Robin in the 1980s when Batman caught him stealing hubcaps. He was more hard-nosed than his predecessor, with more of a taste for fighting and punishing criminals. Famously, the Joker killed Jason by beating him mercilessly with a crowbar before detonating him in a massive explosion (though the real killers were the fans, who voted for Jason to perish in the blast via a phone hotline… the 1980s were weird). Many moons later, he was resurrected via stupid comic book logic as the Red Hood, a sometimes-crazed relentless murderer of bad guys who hates Batman for letting the Joker live.

Plemons is probably best known as creepy Todd on “Breaking Bad,” where he suddenly shifted from simple and good-natured henchman to foaming-mouth psycho and white supremacist soldier. While appearing benign with his wispy blonde hair and lummox physique, Plemons has demonstrated a range that can be terrifying when utilized for that effect. He would be a great addition to this Robin mythos as the grown-up Todd’s Red Hood persona, possibly as a main antagonist who is bent on forcing a new Robin to abandon Bruce Wayne’s teachings. 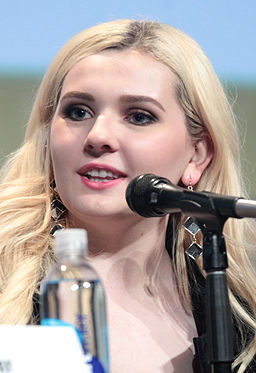 Here’s a reality check for lots of folks: the little girl from Little Miss Sunshine is almost 20 years old. Since she was barely old enough to read, though, she’s been on various lists of most-talented child actors and was nominated for an Oscar for her aforementioned role as a child beauty queen. Lately, she’s been tearing up horror-genre stereotypes in “Scream Queens” and having a heartbreaking locked-cabin experience with a surprisingly believable Arnold Schwarzenegger in Maggie.

As Carrie Kelly, the plucky teen who is inspired by Batman’s triumphant late-in-life return, Breslin would convey the disarming intelligence that most of her characters embody. Kelly–almost through pure osmosis–picks up on the intricate value system that Bruce Wayne has cultivated for himself and his “family,” and she takes to disguise and subterfuge immediately. Breslin’s Robin would be the most capable and independent of the lot, while also gifted with Carrie’s mutual respect and odd love with Bruce.

Egerton has the thankless job in 2014’s Kingsman: The Secret Service of playing an aimless chav shepherded by several grand characters played by Colin Firth and Michael Caine, and he had to do it while also portraying his character “Eggy” with enough common sense and determination so as to not be left behind. He nailed it. He’s great in the movie, and he’s believable and likeable. He has the physicality and the savvy to pull off the hardest Robin to crack: Tim “Red Robin” Drake.

Tim, much like his mentor, is a wealthy Gothamite whose parents were killed senselessly. Only instead of the other Robins before him, Tim uses his penchant for technology and his budding detective skills to identify Batman as Bruce Wayne. Over the course of his career, Tim lived in the shadow of Dick Grayson’s legacy and the painful memories of Jason Todd, always endeavoring to be better than them both. He is the Robin who is closest to Bruce Wayne in that he sees crime fighting as a job that is never finished, rather than a thrill or an outlet for his psyche. He is the smartest Robin, and Egerton’s energetic yet measured performance speaks to his capability. 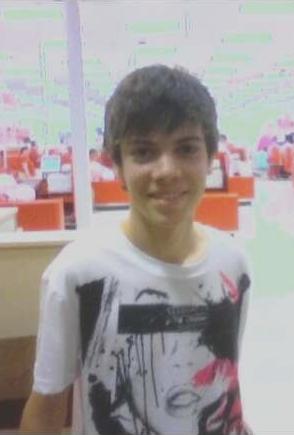 The product of two very different philosophies and lineages, Damien is a prepubescent juggernaut who is grandson of Ra’s al Ghul, son of Bruce Wayne, and trained as a coldhearted assassin since birth. Suddenly thrust into Gotham with a completely different view of crime and punishment, he took on the role of Robin under both his father and a briefly-cowled Dick Grayson. The fight between his bloodthirsty approach to the world of masked vigilantism and the relatable discomfort of growing up with absent parents and fractured morals made for an interesting take on the entire Robin persona.

Alexander Gould rose to prominence as the voice of little clownfish Nemo in the 2004 Pixar flick, but he quickly developed as an on-screen performer on Showtime’s strange dramedy “Weeds.” As Shane Botwin, Gould spent several seasons as the psychologically damaged son of a suburban pot dealer, before the show went really off the rails and started dealing with Mexican border politics and human trafficking. By then, Shane had become a full-blown manipulative sociopath who kills a woman with a croquet mallet and eventually becomes a Amsterdam street puppeteer bedding women ten years his senior.

True, Damien would need to be aged by a few years, but Gould’s mastery of his innocent appearance and command of truly deranged material almost cry out, “Cast me as the adolescent murder-ninja!” And not many folks can say that on their imdb page.

Get Up And Dance to Star Wars