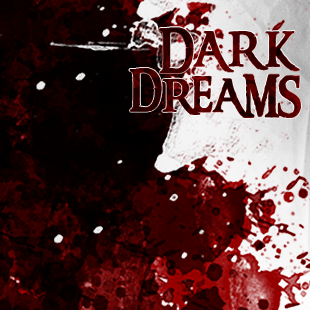 As the fallen angel Lucifer once whispered to Mick Jagger while disguised as Baudelaire, hands still dripping with dark translations of Edgar Allen Poe… please allow me to introduce myself. For those of you who aren’t familiar with my work yet, my name is Devan Sagliani and I am a horror writer. The desire to craft dark dreams began at an early age for me. In fact, as far back as I can recall into my turbulent childhood, all I’ve ever wanted to do was spill the vivid fantasies playing in my mind out onto the page and share them with others. To that end, at the arguably tender age of five I blew my hard won birthday money on a children’s typewriter at Toys R Us. It wasn’t until the fifth grade, however, that I began to sincerely practice my craft, turning in my first work of horror fiction for a class assignment. It was the grisly tale of a man trapped on an island being stalked by an unseen killer, rife with psychological terror and his untimely demise.

While my first attempt at fiction won me high marks, it also came with a parent teacher conference to discuss my predilection for the macabre. Having grown up with a special love for all things horror, I didn’t see what the big deal was about describing in graphic detail how the man’s steaming entrails were ripped out before his eyes for no reason at all other than his killers perverse amusement. To my fifth grade mind it wasn’t an unhealthy obsession with blood and gore that drove me to craft such a gruesome tale, but rather a growing understanding of the true nature of the society I was living in, and how cruel and unpredictable it can often be, usually without warning. While I lacked the sophistication to articulate plainly the knowledge that the adult world was not a garden paradise waiting to be explored – as young children are often taught to believe – but rather a postlapsarian jungle teeming with merciless predators with sharp teeth, this tacit understanding dripped from the blood streaked pages of my earliest prose.

Ultimately the decision was made that I would one day grow out of it, which I’m happy to say never happened. Instead, from that day on stories poured out of me. Most of them were admittedly terrible, but a few suggested that, with hard work and dedication, I might have what it took to reach towards the unthinkable path of one day getting paid to fantasize for a living. I carried a notebook around with me for years everywhere I went, and could often be found scribbling down new story ideas in it, along with rejection letters from zines I’d sent work in to for consideration. It wasn’t until after I graduated from UCLA that I began to get published on a consistent basis and was nominated for a Pushcart Prize and the Million Writer’s Award. In 2010, I wrote and sold a movie called Humans Versus Zombies – HVZ for short – based off of the live action role playing game of the same name. From there I launched into writing zombie novels, putting out Zombie Attack and The Rising Dead through Permuted Press, and Undead LA on my own. 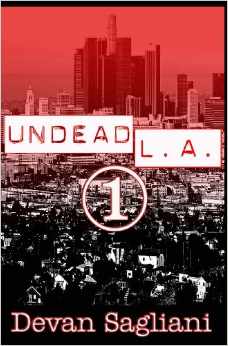 From staying up late reading Salem’s Lot by Stephen King as a child to being unable to sleep all night because I snuck into the theater to see A Nightmare on Elm Street, horror has shaped the way I viewed the world long past when the Halloween decorations have been put back in the haunted attic to make room for the onslaught of Christmas. I’d like to believe that the same love of horror I possessed back then is not only with me today, but that it has guided my writing over the years, hanging over me like an obsidian rainbow. While I generally agree with the experts that the popularity of the genre lies in the way its ghoulish visions allow us to cope with the unspeakable terror all around us in our everyday lives, as well as an increasingly hostile and unstable world, I can’t help but wonder if this answer masks a deeper darkness most of us try very hard to hide. Plainly put, horror is and has always been a great escape, acting as a cathartic release that allows us to safely explore our dark, unfiltered emotions by giving us the opportunity to empathize with monsters – both real and imagined – as well as their victims.

The genre has seen a remarkable resurgence in the last decade – fittingly enough, considering the unnerving degree of instability the world has undergone – once more taking its rightful place center stage in the entertainment world. It’s a great time for fans, with so much dark new material being released and even more being announced every week. And that’s what I intend for this column, Dark Dreams, to be about – glorifying the love of horror in all its forms, from movies to television to books to video games and more. Together we’ll go inside the world of horror, meet the authors, screenwriters, actors, and die-hard fans, travel along to conventions like the upcoming Frightmare Weekend in Texas, and explore all the wonderful aspects of this dark and unyielding obsession, ultimately taking us closer to the heart of that unspoken question beating in all of our tell-tale hearts: Why do we love being scared so much?

D&D Next Aims to Make the DM’s Job Easier