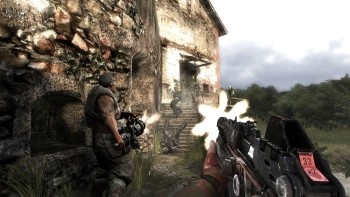 Free Radical, the independent U.K.-based studio known for its ads featuring cartoon renditions of co-founder David “Click On My Ponytail” Doak, is reported to have shut down operations.

Videogaming247 first carried the news that some unpleasantness may be transpiring, noting that as of this morning, the developer had stopped answering its telephone. The site also linked to a CVG story about the Free Radical Christmas party, which sounds like a rather rocky event itself; management of the pub at which the event was held wanted to do a credit check against the studio before things got going, and the affair was ultimately paid with cash. One unnamed source claimed that the atmosphere was hardly festive, describing it as “going down with a beer.”

Free Radical staff is also reported to have gathered at a nearby hotel this morning after showing up for work to find the locks had been changed. “They changed the locks yesterday, and turned up today to find the place shut and locked up this morning,” a source at the studio said. “They are all waiting to find out exactly whats going on and IF the company still exists in some way, or if this is the end of the line. Shitty thing to happen this close to Xmas, and Haze aside, to one of the best devs in England.”

Free Radical’s TimeSplitter series is generally well-regarded, but the PlayStation 3 FPS Haze, its most recent project, tanked rather badly. Despite heavy hype, both reviews and fan response were mediocre at best, and sales quickly tailed off. The developer also apparently lost the Star Wars: Battlefront 3 project a few months ago.

UPDATE: VG247 has confirmed that Free Radical has in fact entered administration. “The company was placed in administration yesterday afternoon,” Cameron Gunn, a spokesperson for administrator Resolve Partners, told ThisIsNottingham.

“We will be spending the next three or four days assessing the financial position of the company but it’s business as usual, although we have asked that almost all of the employees apart from a skeleton crew remain at home,” Gunn continued. “All employees have been paid up until the end of December and we hope to make another announcement before Christmas or very soon thereafter, but we must stress at this stage that it’s business as usual.”

The site also revealed that co-founder Doak left the company earlier this month, and is now in the process of starting a new development studio with Steve Ellis, called Pumpkin Beach.