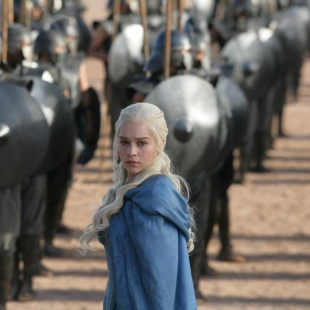 The season 3 finale of Game of Thrones has been downloaded more than 5.9 million times.

Last year it was determined that among the countless TV shows being passed around illegally on the internet, HBO’s Game of Thrones was easily the most prominent, with each episode being downloaded nearly 4 million times. Now, it’s been revealed by the folks at TorrentFreak that these numbers have only expanded in the year following and that, once again, Game of Thrones is the reigning king of illegally downloaded televised media.

Point in case, the season 3 finale was downloaded a whopping 5.9 million times with the season’s totals handily beating competitors like Breaking Bad and The Walking Dead. While these results aren’t shocking given the show’s simultaneous popularity and arguable inaccessibility, its creators at HBO have been surprisingly unconcerned. Back in August, HBO CEO Jeff Hawkes said that this kind of piracy “leads to more paying [subscriptions]” and that Game of Thrones being the world’s most pirated show is “better than an Emmy.”

While we’re not necessarily going to agree with that stance or say we think it’s okay to illegally view a show like this, it’s not to understand why so many might go that route. Game of Thrones often isn’t an easy show to watch. Viewing it legally on television flat out requires a pricey subscription to HBO. Beyond that your only other options are HBO Go, which again requires a subscription, and waiting for the next set of DVDs to come out. Keep in mind that season three ended this past June and won’t be coming out for retail purchase until February 2014. Again, we’re not saying that piracy is right, but you could definitely argue that HBO hasn’t made legal viewing too easy.

Capcom: Our Resident Evil Gamer Fanbase Is Too Old