It’s been a year since the ending of Game of Thrones.

Granted, there are valid criticisms to be made about the final season of Game of Thrones. The plotting was rushed. There were often several steps missing in the development of particular plot threads. There were arguably too many superfluous characters like Euron Greyjoy (Pilou Asbæk) clogging up the cast. Certain contrivances — “Dany kind of forgot about the Iron Fleet” — are too much.

But does everyone agree the finale is “really that bad”? Despite the vocal online outrage over the finale, actual scientific polling of audiences (rather than fans) suggested that 63% of respondents liked it. Despite anecdotal evidence, lots of people really are streaming it in lockdown.

The really dramatic fan hatred of the season began in the second half, after the vanquishing of the Night King in “The Long Night.” There were complaints about the battle being too dark or too anticlimactic, but the response was still positive. Looking at both IMDb and Rotten Tomatoes though, the reception takes a sharp turn in the final three episodes of the run.

This makes sense: The battle against the Night King was the story that many audience members had been expecting from Game of Thrones. The character’s army was introduced in the teaser to the very first episode, and many fans had speculated that the show would be about our heroes coming together to vanquish that existential threat, overcoming their differences.

Going into the season, fans had speculated that the living would lose the big battle at Winterfell and retreat to King’s Landing to make a final stand. As such, killing off the Night King with three whole episodes left threw a wrench in audience expectations. “What’s the point of Game of Thrones after the Battle of Winterfell?” asked Will Nicol at Digital Trends. This wasn’t the story they wanted.

Then Game of Thrones doubled down. The show was never going to be a story about people overcoming their political differences in the face of an existential horror. After all, if Game of Thrones was a metaphor for climate change, it’s notable how ineffective mankind has been at collaborating to halt that threat. The show was too cynical to buy that happy ending.

Instead, the final three episodes follow Daenerys Targaryen (Emilia Clarke) as she conquers the rest of Westeros. She does terrible things. In “The Bells,” she uses her dragons to subdue the civilian population of King’s Landing. It is an atrocity. The episode consciously evokes the horrors of Hiroshima and Nagasaki as Daenerys subjugates her kingdom.

The backlash was immediate and visceral. Some fans insisted that the episode had “betrayed any love they had once felt for the show.” Fans of Daenerys argued that the development “all but destroyed her character.” For others it was “a betrayal of the character.” Being on the internet in wake of “The Bells” was like feeling some strange psychic earthquake.

People had loved the character of Daenerys enough that “Khaleesi” became a more popular baby name than Sophia or Jane in 2016, so it is easy to see why fans had such strong feelings. And it’s great to witness the power of art to allow audiences to bond with characters. However, this also underscores the point that Game of Thrones was making: It is easy for people to get swept up in fervor and cease to critically assess the figures in whom they have placed their faith.

Game of Thrones was skeptical of hereditary rule as a concept. Westeros has a turbulent history due to the constant vying for power among its major families. Daenerys asserts her right to rule based on her family’s claim, but that claim itself derived from an invasion and occupation. Hereditary monarchy puts monsters like Aerys Targaryen II or Joffrey Baratheon (Jack Gleeson) on the throne.

At the end of Game of Thrones, the only good king is a literal mythical creature, the Three-Eyed Raven Bran Stark (Isaac Hempstead Wright). Bran cannot have children, effectively ending hereditary monarchy in Westeros. Of course, this seems likely to just lead to more chaos in the long run — an example of the clumsiness in the execution.

Over the course of Game of Thrones, Daenerys is given multiple opportunities to abandon her quest for the throne. Late in the first season, Jorah Mormont (Iain Glen) repeatedly urges her to retreat to a comfortable life in Asshai or the Free Cities. Later, Daenerys takes control of Slaver’s Bay. She learns how hard governing is, but she does not opt to stay in Essos. She presses back to Westeros. 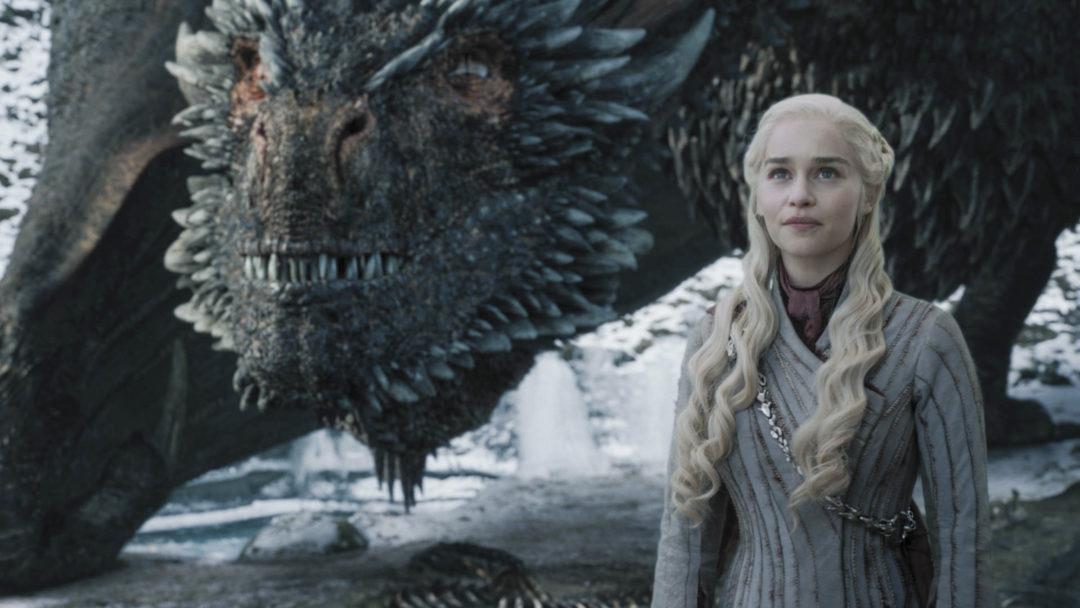 From early on, Game of Thrones stresses that Daenerys is vengeful toward anyone who would challenge her. Commanding the Dothraki, she vows that all who would harm them “will die screaming.” In Qarth, she vows, “I will take what is mine with fire and blood.” When she meets resistance in Meereen, she considers using her power to “return their cities to the dirt.”

There was always something vaguely discomforting in Daenerys’ arc, most notably the presentation of her as a “white savior” in liberating an army of slaves who swore their undying devotion to her service. As the show was on the air, some critics (including your humble writer) openly wondered at the uncritical assumption of so much of the online commentariat that Daenerys was a hero.

Of course, the truth is that audiences sided with Daenerys because the narrative made it easy to do so. While other characters politicked in Westeros, Daenerys was thrown up against slavers and despots in Essos. Her opponents were never really characters, just obstacles. The audience was primed to see each victory as a triumph against the odds, over tyranny.

Throughout Game of Thrones, the show reiterated that the eponymous game led to nothing but suffering and violence for those who lived under the aristocracy. This was the central theme of Arya’s (Maisie Williams) journey across the show and even within “The Bells.” However, fans quickly embraced the game itself — much like how so many commentators treat politics like sports — rooting for “Team Sansa” or “Team Dany.” Game of Thrones became a scripted spectator sport rather than a narrative.

That’s what makes “The Bells” so compelling. It makes the audience complicit in the carnage. The audience wanted this invasion. The audience wanted Daenerys to take the throne. It doesn’t matter that Daenerys does not have the infrastructure in Westeros to rule peacefully, nor that the inhabitants will see her as an outside invader sharing the bloodline of a hated despot.

“The Bells” is outright mean and feels like an accusation. It offers the long-speculated “Cleganebowl,” in which Sandor Clegane (Rory McCann) finally faces down his abusive brother Gregor (Hafþór Júlíus Björnsson). It doesn’t matter that Sandor has found happiness or that Gregor was dead. Fans wanted that payoff, so Sandor dies in blood and fire wrestling with a zombie as a city burns around him.

As Gregor unmasks himself as a monster, Sandor remarks, “Yeah, that’s you — that’s what you’ve always been.” Likewise, Daenerys was always an invader and an occupier, ready to use weapons of mass destruction to secure her rule. “The Bells” is a reminder that “the world and its inhabitants get shaped by the fickle emotions of the powerful” and that “there are no good kings and queens.”

Throughout the final season, the audience identification character is Tyrion Lannister (Peter Dinklage), who swore devotion to Daenerys and her pledge to break the wheel. Like the audience, he was so enamored that he never realized she didn’t want to demolish the system; she simply wanted to stop the wheel spinning away from her.

“The Bells” was a gut punch that wasn’t just aimed at Daenerys, but at the audience — and nobody likes to get punched. Nobody likes to admit that they made a mistake, that they chose wrong. This explains the lingering sense of betrayal a year later, as well as all the articles contemplating what happens to those children named Khaleesi.

There’s no getting around that the final season of Game of Thrones is messy and clumsy, but beyond that, there’s also something very powerful and effective in a television show that dared to challenge its fans so directly and to make them party to such horror. Like Daenerys, Game of Thrones may never be loved and adored by its subjects. It won’t be forgotten, though.

Tenet from Christopher Nolan Receives a New Trailer… Via Fortnite