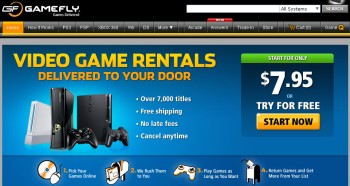 GameFly has come out on top in its dispute with the U.S. Postal Service over the preferential treatment given to rent-by-mail competitors Netflix and Blockbuster.

GameFly filed a complaint against the U.S. Postal Service two years ago claiming that its policy of manually sorting mailers from Netflix and Blockbuster at no extra charge, rather than running them through automated processing equipment, resulted in significantly less disc breakage and “a substantial cost advantage” for both companies. GameFly requested the same consideration for its rentals but was refused, forcing it to choose between paying a premium for hand-sorting or the hassle and expense of higher breakage rates.

The Postal Regulatory Commission says the USPS is in the wrong, however, and has ordered that it create two parallel rate categories specifically for “round-trip DVD mail” services. Those categories will put all rent-by-mail companies on the same footing, allowing them to avoid incurring extra charges resulting from hand-sorting or slightly oversized envelopes.

Postal Commissioner Tony L. Hammond said he supports the ruling but expressed concern that it would be misinterpreted. The Postal Service wasn’t acting unfairly in the matter, he explained, but simply helping a client “thrive through the use of the mail.”

No mention of Blockbuster was made, since its fortunes have taken a bit of a downward turn in the two years since the complaint was originally filed.