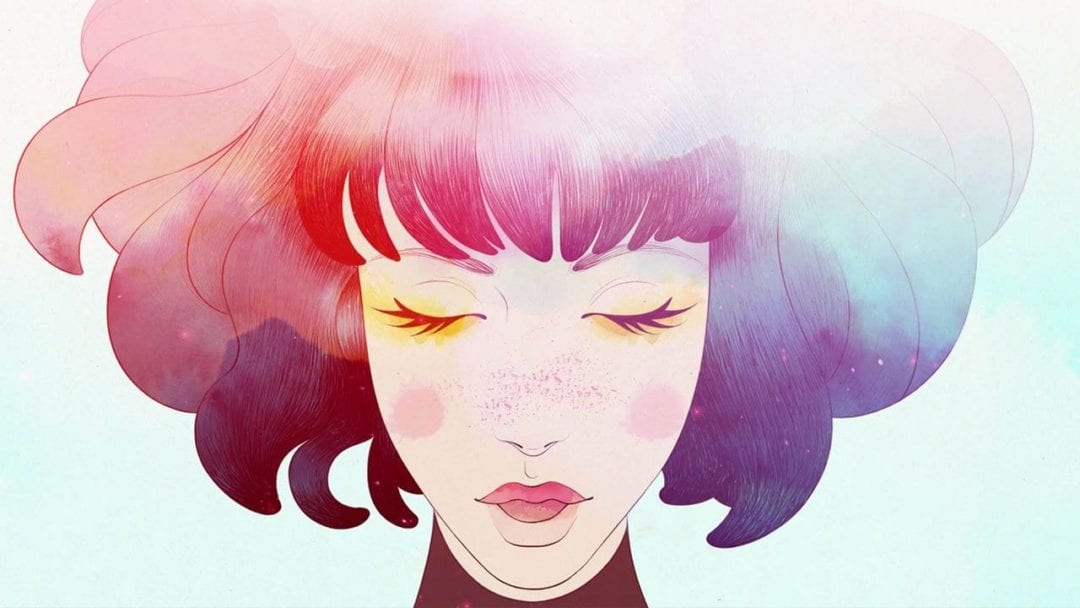 Recent years in gaming have been  overwhelming in terms of both the sheer volume and  the astounding quality of releases. 2018 is no different and we’re all the luckier for it. So many truly excellent games — God of War, Red Dead Redemption 2, Chasm, Celeste, Dead Cells, —   wer brought into our lives that admiring them all seems impossible. These are just a few of my personal favorite titles from this year. Thanks for existing, video games!

GRIS was a highly anticipated title that I knew nothing about before it was actually available.. I had heard rumblings from industry friends, quivering with anticipation in their corners as the rest of the world screamed their heads off about Super Smash Bros. Ultimate.

GRIS is less a game than it is a piece of interactive art. It’s beautiful, visually and sonically seductive, emotionally engaging, thoughtful and intriguing, and … empty. GRIS is empty in the same sense that the world around you is empty when you stand alone in a large field, your thoughts and senses your only companions. A quiet vastness fills the space as you are engulfed in this seemingly never-ending nothingness.

Smash Bros. as a series isn’t for everyone.The people it is for are going to find a lot of what they already adore in Super Smash Bros. Ultimate and discover a lot of new things to love as well. The World of Light adventure mode brings in what feels like countless novel challenges, while Classic Mode has been finely tuned to create a quaint little outing for each character. Spirits add a dynamic new element to both online and offline play, allowing players to create personalized fighters or to neutralize  environmental hazards like screen flipping, fog, or reversed controls.

Super Smash Bros. Ultimate is so massive that there’s probably too much to say if you pick each of its aspects apart and analyze them individually. Zoom out and take a look at the whole and you’ll find a considered fighting masterpiece that will inevitably bring you back.

Monster Hunter: World is a return to form for the series, which had been relegated to the small screens of the Nintendo 3DS after thriving for years on the PlayStation Portable. Even though the 3DS received  one of the best iterations of the series with Monster Hunter 4 Ultimate, hunters still longed for a sequel on a top of the line console.

Monster Hunter: World is far and away the most palatable game in Capcom’s long-running franchise, introducing numerous quality of life changes that fans have desired for years. World  reimagines the gigantic beasts players came to know and love on handhelds while simultaneously bringing in stunning new creatures. All this plus the power of modern hardware and streamlined online  multiplayer made for deeply frustrating (in a good way) and satisfying excursions.

Topped with a goodly amount of free add-on content throughout the year and a huge expansion coming in 2019 that will see the return of fan-favorite Nargacuga, Monster Hunter: World is only getting better with time. Mmm, so tasty.

Let’s face it: superhero games are rarely good. 2018 is just full of surprises, though, isn’t it? Insomniac Games delivered what may be history’s best superhero game to date, proving themselves in a difficult  category with a hero that is so near and dear to hearts that any fault or flaw could tarnish the studio’s reputation.

Spider-Man recaptures the same sense of urban magnitude that made 2004’s Spider-Man 2 film adaptation so memorable and blends it with a lovingly crafted story that creates an intimate view into Peter Parker’s life.

Zipping through the faithful recreation of New York City is unbelievable. You can launch yourself up in the air with a digital sun setting over the horizon only to drop down and stop a crime in progress, nimbly dodging blows and bullets as you knock out and web up evil-doers with relative ease.

There are a lot of ways to describe Spider-Man: incredible, outstanding, stupendous, etc. Yet, there’s only truly one that speaks not just about the game, but to the very spirit of the webhead himself so magnificently embodied here — amazing.

Quebec’s Berzerk Studio has quietly made indie games in the Great White North for the last ten years. I first saw Just Shapes & Beats when I was lured to a 6th floor booth at Seattle’s PAX West with the promise of free donuts. A vertical banner with the game’s menacing boss loomed over me  with a few of its creators’ names listed at the bottom. “Hey, that’s my friend,” I told Berzerk Studio’s Michel Ducarme, gesturing at Dan Behrens’ musical pseudonym Danimal Cannon. Little did I know that I would be following the game for years to come. Now that it’s out in the wild, I can firmly say that Just Shapes & Beats delivered on its promise to be a finely tuned musical bullet-hell game that doubles as one hell of a party game.

Packed from head-to-toe with electronic hits ranging from dubstep to chiptune and a little bit of synthwave every now and again, Just Shapes & Beats can be enjoyed alone with a snug pair of headphones but is best experienced with the most bangin’ sound system money can buy and as a shared experience with friends.

A Jewish Guide to A Christmas Carol